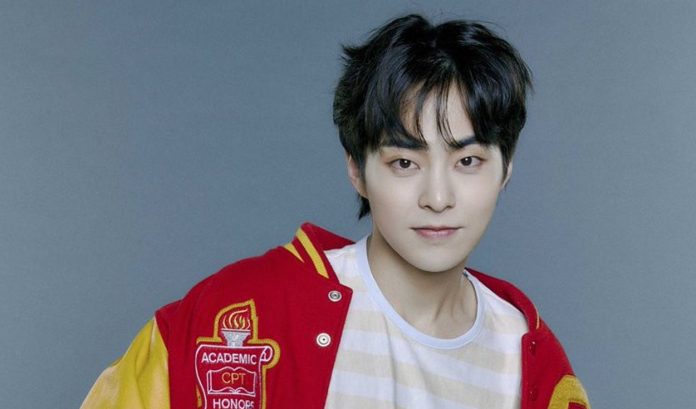 The idol of the famous K-pop group EXO went into isolation in early August after his contagion was confirmed. Xiumin is back and fans are celebrating. Previously, he was confirmed positive for COVID-19, for which he had to go into isolation. After fully recovering, the EXO idol resumed his activities with a salute to his fans.

What happened to EXO’s Xiumin?

On August 5 (KST), EXO-L was celebrating their seven years in a big way along with their favorite stars when news clouded the holiday: SM Entertainment confirmed that Kim Min Seok (real name) had contracted the virus.

In its statement, the agency detailed that the famous 31-year-old Korean underwent a protocol test at the end of July to proceed with the activities of his musical and the results were optimal for his health.

However, on August 4, he passed the test again after noticing symptoms, and the next day he was confirmed positive for coronavirus.

Faced with his results, the K-pop star paused his activities and went into isolation. His fellow EXO members and other people who came into contact with him also passed the test and a short period of quarantine.

More than two weeks later, on August 22, the MBN Star reported that the actor also successfully overcame the virus. By way of official response, SM Entertainment replied, “It is true that Xiumin has made a full recovery.”

In this context, the star personally communicated with his fans through the Bubble messaging application.

“I came back healthy. I’m sorry for worrying you ”, it was possible to read in one of his bubbles.

The idol also spoke about his involvement in Hadestown. “The performance in the musical has been delayed, I will work even harder for it! Our EXO-L, from now on don’t worry. So, I’ll go to rehearsals with a good attitude and work hard. Have a happy day ”, he explained in this regard.

Star Wars:The Bad Remittance Rancor The Same As The One In...