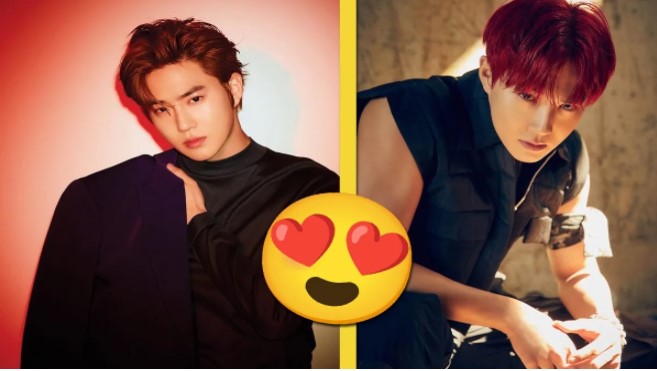 Did you miss seeing Suho chatting with EXO fans? The SM Entertainment singer didn’t let any more time go by and performed his first live since he was discharged from the army, what happened?

The affection between idols and fans is very special, EXO-L has had a great deal of happiness since this weekend, Suho concluded his military service, as the opportunity to see the singer more often gladdened hearts around the world.

The EXO leader dedicated a sweet letter to his fans showing his joy at being able to meet them again and having concluded this important stage of his life, but in addition to sharing new photos, the surprises continued with an Insta-live .

Junmyeon kicked off his first live broadcast since he left the military, and fans quickly tuned in to watch the idol and hear the news he wanted to share with them.

The K-Pop singer greeted everyone with joy and confessed that he really wanted to see his fans, talk and show them new things. In fact, he added that as soon as possible he would love to meet EXO-L face to face.

This idol said that, as he revealed in his letter, he has been working very hard on his preparation, so we could see something new from him when we least expect it, as he added that he is preparing a gift for his followers. He knows that fans want to see him in new projects and also with his fellow EXO members, so he added:

I’m preparing something, some gift for EXO-L and I’m sure the wait is worth it. Please wait for me and wait for us.

SUHO’S LIVE HAD AN NCT GUEST WHO STOLE THE LOOKS

NCT’s Doyoung was not only following the EXO leader’s live broadcast, but also left a large number of comments for him that did not go unnoticed in the eyes of fans.

All EXO-Ls could relate to the boy who also showed his excitement to see this long-awaited live broadcast.

If you missed the details of the letter Suho wrote to his fans, here’s why it was so special.

Booba unveils the cover of his brand new album “Ultra”!