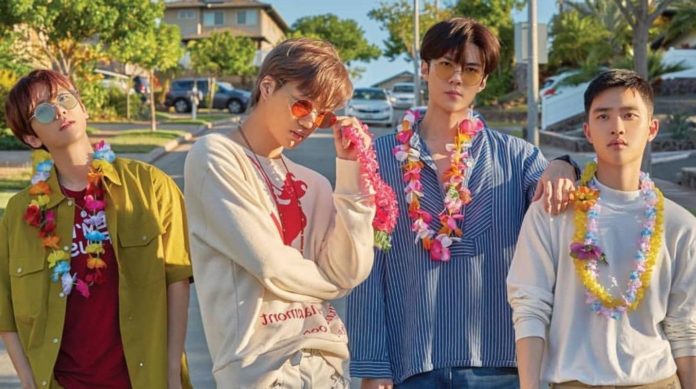 The theories have begun! EXO has already begun to reveal the first advances on its next comeback and it seems that it revealed a very strange track that has EXO-L very confused.

Through their social networks, the boys published a post with the phrase “Obsession”, the title of their new album, they also revealed a kind of teaser that hides clues about their new concept, we tell you everything we know.

The teaser is a kind of poster that reveals that 6 strange beings have been seen around the world with superhuman behaviors, even a graph of red blood cells is shown. Que????? The faces of some of the boys also appear, photos that appear to have been taken with thermal cameras, EXO-L believes that they are EXO clones.
They have even linked the concept with their song “Lucky One” from 2016, where the boys are trapped in a laboratory and believe that their DNA was tested. EXO vs. EXO? The fandom has called the imposters as X-EXO. We will have to wait for the new updates of the group to discover what they will face in their main MV.

THIS IS WHAT TAEHYUNG THINKS ABOUT FANS TATTOOS