Home Celebrity EXO MEETS WITH RYAN REYNOLDS AND ALL THE ELENCO OF NETFLIX ‘6... 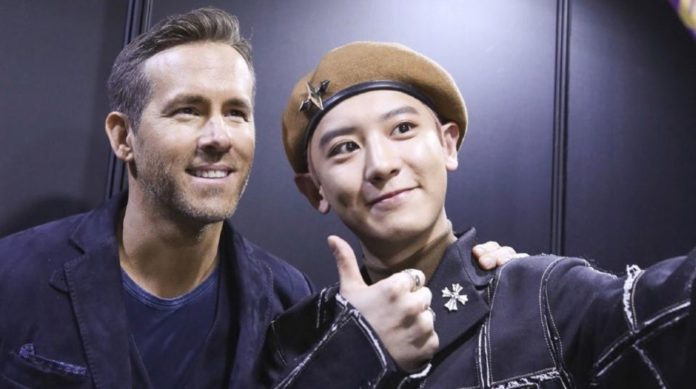 The EXO boys attended the event of the film produced by Netflix, “6 Underground” next to the entire cast of the film, including Ryan Reynolds. The most excited for this meeting, was undoubtedly Chanyeol, who has already announced as a big fan of the Canadian actor.

In social networks, this moment became a worldwide trend, thanks to # 6UndergroundxEXO. Most of Ryan’s fans, like EXO’s, burst with excitement at the sight of this union; especially, because it was the first time that the South Korean group performed live, their most recent premiere, “Obsession”.

Many incredible moments were lived in this presentation, such as the arrival of EXO to the event between shouts and applause, the great moment in which Chanyeol went to meet his greatest idol, Ryan Reynolds.

The official Reynolds union as a new member of EXO, KHÉ! The hug that the Canadian gave Sehun, and the incredible performance of the boys with their new theme.

Without a doubt, it was a moment that everyone enjoyed, both the cast of “Squad 6” and the idols of EXO.

Kylie Jenner at Justin Bieber auction: she buys a bear for...