Home Celebrity EXO may have been plagiarized 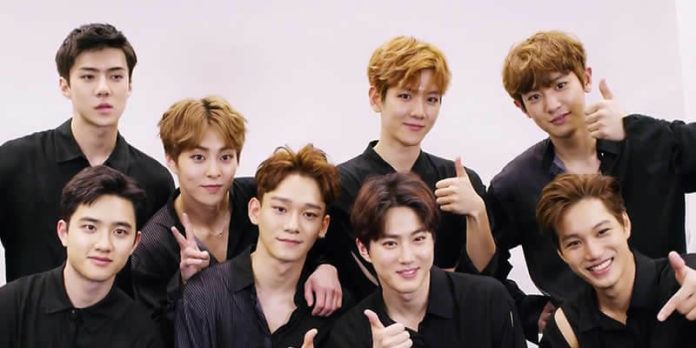 Great controversy broke out on social networks with these two groups.

CRAVITY debuted on April 14 of this year and they featured the video for ‘ Break All The Rules’, although they received all the support from fans there was something that other K-Pop fans didn’t like about their MV .

Serim, Jungmo, Minhee, Taeyoung, Hyeonjung, Woobin, Seongmin, Wonjin, and Allen released their mini album called ‘CRAVITY Season1. Hideout: Remember Who We Are ‘ with great success, proving that its concept and energy are incredible.

Often in music there are coincidences or similar concepts that make the work of the artists are compared, therefore several netizens are criticizing a CRAVITY .

The users of social networks have commented that there is a strong resemblance between the video of ‘ Tempo ‘ of EXO released on 2 November 2018 and ‘Break All The Rules’ of CRAVITY , also several fans said they used the logo of the group S M Entertainment to do the rookie group.

Fans shared different snapshots of the MVs ensuring the sets are the same , with the hues between red, black and gray, using some neon lights and other decorative items like flowers.

Although some others said it was an inspiration, they asked Starship Entertainment to clarify the situation as they are the ones who represent CRAVITY . Neither company has spoken respectfully on this issue.

Check out CRAVITY’s ‘Break All The Rules’:

Ariana Grande: What can we see in Excuse Me

What to Expect from Episode 8, Release Date, and Trailer