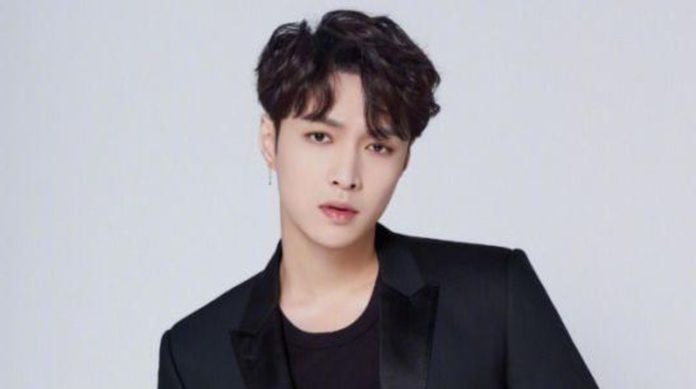 EXO Lay suffers a major accident and fans worry. Followers want idol to take more precautions and try not to wear out their health.

During the rehearsals of the gala de primaver a, which is one of the most anticipated shows and festivities by the Chinese, it is always televised an accident happened that could compromise Lay’s health .

Through the social network Weibo has released a clip of trial , where they appreciate some dancers doing a series of formations and the center is LAY , a member of the group EXO , which will be as a performer in the spring gala of this year.

I feel so blessed to have won these awards at the TME award show. Thank you everyone!

A mishap was raised in the middle of the rehearsal , Lay was preparing to take a turn in the air and at the time of falling , his face had direct contact with the floor, like his knees, the impact was strong due to the force with the That gave luck.

The fall of Yixing during the round alerted and worried those present, such as the staff and assistants, who came to his aid, Lay was taken to a safe place to rest a little, after a short break, he expressed his intentions wanting to try again, the idol commented:

The last attempt, if I don’t succeed in 5 minutes I will give up

Hundreds of fans through social networks have expressed concern about YIxing , because some users say that the idol does not rest enough and although he is professional, there is a point where much is demanded and now he is doing many activities , which compromise your physical state.