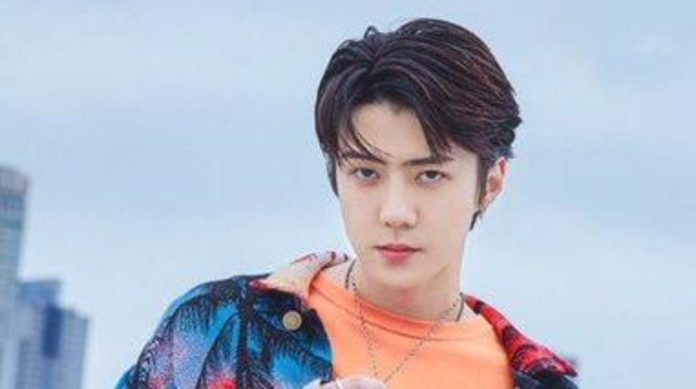 The idol has won the hearts and admiration of hundreds of fans that have propelled him forward.

Maknae EXO is celebrating her birthday !

Oh Sehun was born on April 12, 1994 , in the capital of South Korea, the city of Seoul, in addition to being a singer and dancer , his career has gradually been consolidated within several areas, such as modeling and the performance .

The experience he had when he received the invitation to join SM Entertainment is one of the most unique and fun in the music industry, because little Sehun , from sixth grade, was walking the streets of his city with his friends. and everyone decided to eat tteokbokki.

One of the agents of talent company watched, interrupted him offering his card, asking if he wanted to make an audition to be trainee , but Sehun not waited for the winding person to speak, and he took his backpack and frightened, ran of the place.

Apparently, this worker from the pink company saw something in the now idol , because he followed him and persuaded him for more than half an hour so that Sehun attended the casting.

Thus, in 2008 , Sehun entered the company through ‘ SM Casting System ‘, forging his attitudes and talents for more than 4 years, to later debut in the EXO group in 2011 .

With the hashtag, #GoldenSehunDay fans are celebrating the EXO member’s birthday and achievements , followers share warm messages and incredible moments they have lived together. Sehun became one of the most successful idols in the Korean music industry.

A few days ago, EXO was celebrating its 8-year career since its debut , hand in hand with its loyal fans , who always accompany them in every project and decision.

why is that no matter how old sehun gets he’ll always be baekhyun’s baby #goldensehunday #happysehunday pic.twitter.com/pp4duVaBoA

this big baby is 26 today and i couldn’t be more proud of everything he has achieved in life. he’s a well mannered man and so handsome. i’ve been with him for 3 years and let me tell you that he, eventually, has made my life happier. sehun, happy birthday, baby ❤️ #HappySehunDay pic.twitter.com/9E7f4by68i

Everything the actors of the “Under Deck” franchise have Been Saying...