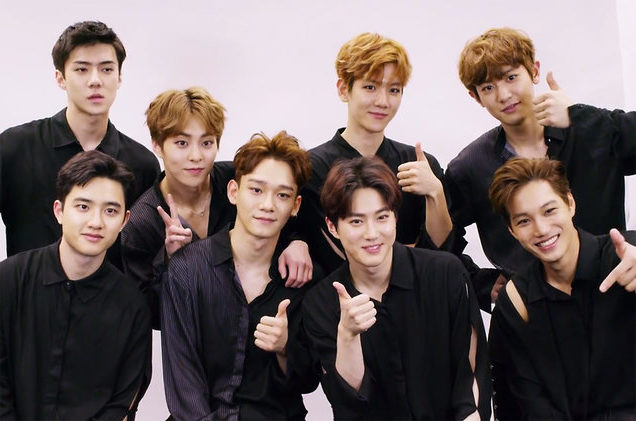 The fans of the group remember with emotion the day they first heard this mini album.

The second record material of the EXO sub unit, EXO-CBX is celebrating its second anniversary today and the fans of the group are celebrating it through social networks, demonstrating the love they have for this musical release

EXO has proven to be a group that in addition to having talented members and amazing visuals, they also have the ability to present different concepts by experimenting with new styles of music and looks. However, this diversity is further increased when we look at the sub-units that the group has debuted throughout its career.

Happy 2 years to my favorite chipmunks and my favorite Baekhyun look #BloomingAprilWithCBX pic.twitter.com/vqJaUhyuCB

Without a doubt, EXO-CBX is one of the most affectionate , so the union of the voices of Chen, Baekhyun and Xiumin has turned out to be an incredible idea that has surrounded itself with constant support during the projects it carries out.

‘Blooming Days’ was the second mini album released by these guys , only after ‘Hey Mama’. Along with the record material EXO-CBX promoted a music video under the same name, where we can enjoy a melody about the infatuation of a person who inadvertently grew within his heart , so he increasingly wants to get closer to the girl who loves.

The video is set in colorful settings with pastel tones, where nature and flowers are a constant element. As EXO-L waits for the time when I can see these three guys reunited for a comeback, they are happy about the amazing music they’ve brought them and celebrate with the hashtag #BloomingAprilWithCBX, check out some of the tweets from the group’s fans. then:

When the best discography was produced, flowers started to bloom. 🌸🌺🌼

A Photo From The Scene That Doctor Strange Wore Iron Man...