Home Celebrity EXO: Kai prepares his solo concert, what will we see at KLoor? 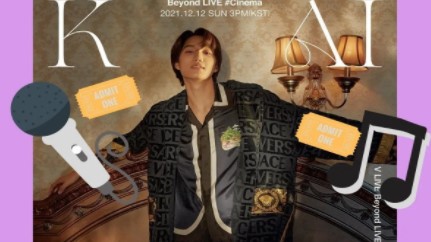 Kai and the online concert KLoor will gather EXO-L in one place, who are already looking forward to seeing the performances, special choreographies, outfits, and listening to the idol’s songs. What can you expect from the show?

The boys of EXO have several projects with which they will close their successful 2021, Kim Jongin is getting ready to give his first solo concert with the repertoire of the first two record materials of him: Kai and Peaches.

The online show is called KLoor and has a very special meaning that speaks a bit about the artist’s mission in this new facet as a solo performer on a huge stage, what surprises will he have during his performances?

Kai has already commented with EXO-L that this comeback with the mini album Peaches was special, especially because it shows a new facet in which his subtle, delicate, romantic and soft personality is present, which we will also see in KLoor. .

KLoor is the combination of the name Kai and Floor which is a way of placing the stage as an important part of the live show, so it is the connection of the idol with the essence of him as an artist and musician. : 0

Beyond LIVE concerts are known for their incredible ambience effects and sets, for the KLoor concert, it is expected that holograms, chroma key and nods to the teleportation power of the EXO member will be used.