Home Celebrity EXO: Kai falls in love with his solo concert, what happened at... 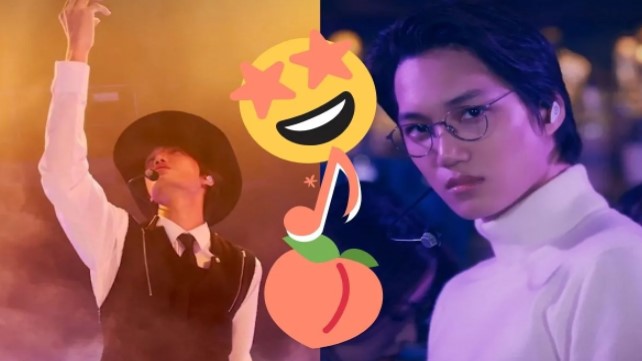 EXO’s Kim Jongin showed his claw on stage by seizing him at the Beyond Live CINEMA KAI – KLoor online concert, where he performed the songs from his solo record materials, but also from EXO.

There is no deadline that is not met or day that does not arrive! Finally, after a long wait for EXO-L, Kai presented Beyond Live CINEMA KLoor, his first solo online concert with which he closed a great year of recognition for his career.

As he had already promised, the show was full of epic moments that the fans will keep in their hearts, because in addition to performances like Peaches, Mmmh, the idol made a musical journey that left us on the ground.

Kai already has his fans used to surprising them and in an event as important as Beyond Live CINEMA KLoor he was not far behind. During the online concert he performed his best solo hits, songs from his first and second mini albums.

Two of the first songs were Reason and Nothing On Me, which fans enjoyed like never before, but the surprise was when the stage turned red and orange to give way to Jekyll, one of EXO’s most beloved songs. The choreography was starred by some ribbons that gave it a more mysterious aura, revealing that Kai-X returned. : 0

Other moments that melted the hearts of fans on Beyond Live CINEMA KLoor was when Jongin performed an Instagram live in full concert and sent messages on Bubble, later explaining that he did that to feel like EXO-L was with him in real time.

We cannot forget that during the show, Kai teleported, unleashing the screams of the spectators in the house and in the cinemas of South Korea, where it was possible to see the iconic event. <3

EXO-L was very aware of the start of the show and Kai prepared something special to give the starting signal, he made a short live that was the start of his concert, apparently his phone fell, but in reality it was an effect to start the show. event. Owww!

EXO appears among the most influential bands in influence in December 2021, what is the top 10 on the brand crawling list for K-Pop boy groups?

BTS: Which members are vocalists in the group? This is his...