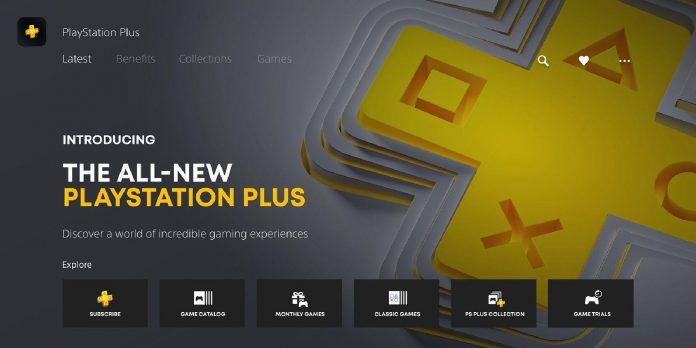 The consolidation of PS Now into PS Plus with the Extra and Premium subscriptions gives fans access to a whole catalog of recent and classic games between the two tiers. However, there are some games among the list that some players should make sure they don’t pass over when they sign up for access to these titles, especially when it comes to the PS1 classics.

While there are some titles that have remained high on the “must play” list, more than a few games have made it into the PS Plus Extra and Premium catalogs after skirting under the radar after launch. So, for every player quick to jump on Returnal, Demon’s Souls Remake, or Assassin’s Creed Valhalla, there are several gems that might be a better time commitment than the ones on the top of the list.

Marvel’s Guardians of the Galaxy

One of the bigger surprises from 2021 was the quick reveal and subsequent release of Marvel’s Guardians of the Galaxy, developed by Eidos-Montreal and published by Square Enix. When it was first announced, the initial trailers didn’t exactly paint a perfect picture of the combat, and many fans of Marvel were still reeling from the unfortunate live-service launch of Marvel’s Avengers. However, once it launched, Guardians of the Galaxy received high ratings from critics and fans alike, even if it had to overcome so many barriers to wind up in players’ hands.

Now that Marvel’s Guardians of the Galaxy is included with PS Plus Extra, this is a perfect opportunity for fans to give the game and developer Eidos-Montreal a chance. The game itself manages to nail the type of team-controlled combat that Mass Effect fans have been hungry for since Andromeda, complete with a choice-based dialogue system that creates knock-on effects throughout the story. It’s a solid title that can hopefully pull the attention needed for fans to get a Guardians of the Galaxy sequel if enough players show their support for Eidos-Montreal.

It might be difficult at this point to find a gamer who hasn’t at least heard about Celeste before. However, there are plenty of people who haven’t yet taken the dive into this indie darling from 2018, or the original version made in 2016 for the Pico-8 virtual console. Fortunately, any players who have PS Plus Extra can try out Celeste with their subscription, although it might be difficult to put down.

This indie platformer hit can sometimes be difficult, but it’s never quite as punishing as many other titles that make being brutally hard a major part of their identity. Not only does Celeste have one of the most robust assist modes to keep the experience at exactly the difficulty level any player needs for it, but the game is also a model for forgiving features like “coyote time” and instant revives. All of this is without commenting on the charming characters and surprisingly nuanced story that some fans hope might reappear in a Celeste sequel someday.

Looking at the catalog of titles on PS Plus Extra and Premium right now, many fans of the Dark Souls series might immediately see that the Demon’s Souls Remake is featured among the most popular and stop right their. However, not only are there plenty of other options in the Soulslike genre among the list, but there is a specific series from one of the first developers to emulate the FromSoftware formula. This would be The Surge, a series of two games that lean heavy on dodging and parrying with highly customizable weapon and armor builds.

In the case of the first The Surge, this is a title that comes off as more of a Bloodborne-styled game rather than one pulling from the slower combat of the Dark Souls trilogy. The sequel from 2019, The Surge 2, enhances that fast pace and makes marked improvements on everything from combat, to enemy design, to the environmental layout. Considering the track record of developer Deck 13, The Surge is one of the best showcases of giving a developer a second chance to improve, especially after its first attempt at emulating Dark Souls with Lords of the Fallen.

RELATED: The PS Plus Free Games for June and July 2022 Poke Holes in the New Tier Structure

Moving past what’s available on PS Plus Extra, the Premium subscription also gives players the chance to stream classic titles from the PS1 and PS2 era of games. While many fans might be mostly interested in big named classics like Tekken 2, there are plenty of other older games that are absolutely a “must play” for anyone interested in this era of gaming. One series that stands out from the rest is the Dark Cloud franchise, developed by Level-5, now well known for bringing the Ni No Kuni series to life.

International fans might recognize the sequel more readily as Dark Chronicle, the title that the second game in the series released under everywhere but North America and South Korea. While the Dark Chronicle is easily the superior title of the two, the original Dark Cloud is still a wonderful dungeon crawler and puzzling base builder that appears to take a lot of notes from early 3D Zelda games. In fact, Dark Cloud was often advertised and referred to as the PlayStation’s Zelda when it released, and having it available to stream through PS Plus is the perfect time to check out this classic series.

To wrap up everything that has been buried in the many genre lists and under the best-sellers on PS Plus, there is another classic series from the PS1 era known as Wild Arms. This is a foundational JRPG from a time before every game started leaning away from turn-based combat and into the more action oriented style of modern gaming. With a combination of 2D sprites and 3D models, this is a PS1 title that set a lot of groundwork for many JRPGs that would come after it.

In addition to the original Wild Arms, PS Plus Premium also allows players to stream another game in the series that originally released for PS2. While jumping straight from the first game to Wild Arms 3 might seem like players might be missing something in the gap between, these titles are less tied by a continuing story or characters, but by game elements. This is similar to jumping into the Final Fantasy series from one of the later titles; everything is self-contained, with only minor allusions to previous games. Wild Arms 3 on its own is one of the best games on the PS2, so getting a chance to play it on modern consoles is more than enough.