Home Celebrity Exclusive: Pharrell Willams is on his way to Brazil to participate in... 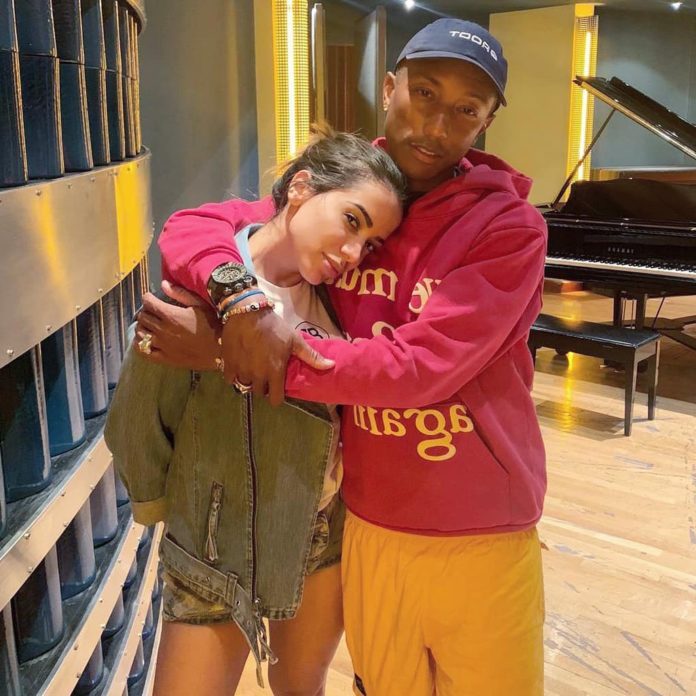 We’re still digesting the impactful video “Combatchy” with Lexa, Luisa Sonza and Recbeca, but Anitta already has more news on the way. End of the year we know that the singer spares no effort for releases in music, advertising and also her philanthropic side.

Exclusively, POPline learns that next Friday, the Planet Ginga Festival, which takes place in Rio de Janeiro’s Port Zone, will receive a unique and special visit from the pop star alongside singer and producer Pharrell Williams. They will participate in the sixth edition of the festival, at Morro da Providência. The event, which takes place from November 18th to 24th, commemorates the tenth anniversary of the Casa Amarela social project, held by the plastic artist JR. logistics is scheduled for the region. The artists’ presence is also expected to become the agenda of Huck’s Cauldron TV show.

One of Brazil’s most established relationships abroad is with renowned singer, songwriter, producer and multi-instrumentalist Pharell Williams. She has built a true professional and friendly relationship with the Grammy-winning American behind great hits by Justin Timberlake, Beyonce, Mariah Carey and Rihanna.

In 2018, Pharell presented Anitta with the track “Goals”. The song, presented as a business card by the singer for the international market, was not worked as a single, but was part of the project “Solo”, EP which also featured the tracks “Poison” and “I don’t waste my time”. Now, in 2019, Anitta has had new studio sessions with Pharell in the production of her first fully international album, scheduled for the first half of 2020.