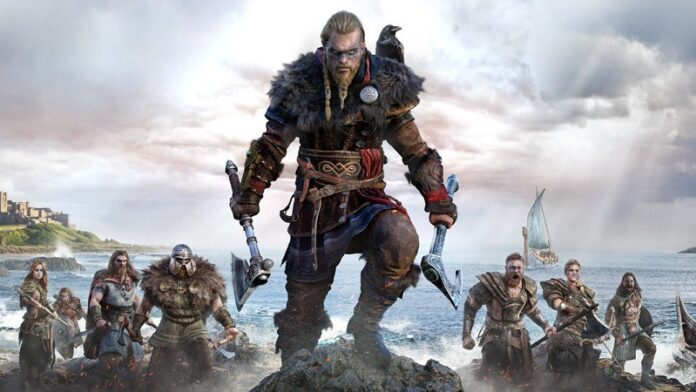 Ashraf Ismail, director of Assassin’s Creed Valhalla, which was introduced yesterday, made important statements about the gameplay details in an interview. Ashraf said this game will be different from other games.

Ubisoft, one of the biggest names in the game world, finally announced its new game yesterday after its big tips. The new game of the company has been Assassin’s Creed Valhalla, which has been added to the Assassin’s Creed series, which players have been playing with love and sometimes boring since its debut in 2007.

Ubisoft has received serious criticism for its Assassin’s Creed games that it released in the past years. The games were generally criticized for the similarity of the gameplay mechanics. So how will the new game of the series, Assassin’s Creed Valhalla, be different from other games? Ashraf Ismail, the director of the game, answered the question.

‘It will be different from other games’
Ismail, who previously directed Assassin’s Creed Origins and Assassin’s Creed Black Flag, brought popular changes to both games. Ismail, who gave an interview to the Australian website Press Start, this time answered some curious questions about the new game.

In an interview with Ashraf Ismail, Assassin’s Creed Valhalla will have many different RPG mechanics. According to Ismail, Valhalla also moved away from the traditional understanding of the department. The game aimed to bring the Viking Age to the fore better by adopting an understanding based on the game world and skills.

According to Ashraf Ismail’s comments, Valhalla will have a huge skill tree. Players will choose their own skills according to the style of gameplay they want on this tree. Ismail, who continues to share many details about the game, continued his statement as follows:

“Our point of view is to enable players to enjoy the experience the way they want in the game. So we dealt with talent a lot. We also bring back the skills, but of course all the skills are shaped around the Viking theme. However, we got rid of the department ideas. There is power instead. Of course, power is also shaped by the hero’s ability set. So you gain strength according to the skills you learn. ”

‘It will be a brutal fighting system’
Ashraf Ismail has not only shared these exciting details about the game. According to Ismail’s comments, Assassin’s Creed Valhalla will have a brutal and primitive fighting system to fully transfer the Viking theme.

Ismail, who came to the end of his explanations, stated that the point that the players criticized the most was corrected. Accordingly, there will be more various enemies in the game and these enemies will be very good at using the environment. In addition, players will have the opportunity to encounter something they have not always seen during this 15/20 hour adventure.

Realme Race gets preview after admin is released

Huawei is considering giving up the mobile phone market

What did we discover about aliens in 2020? remember