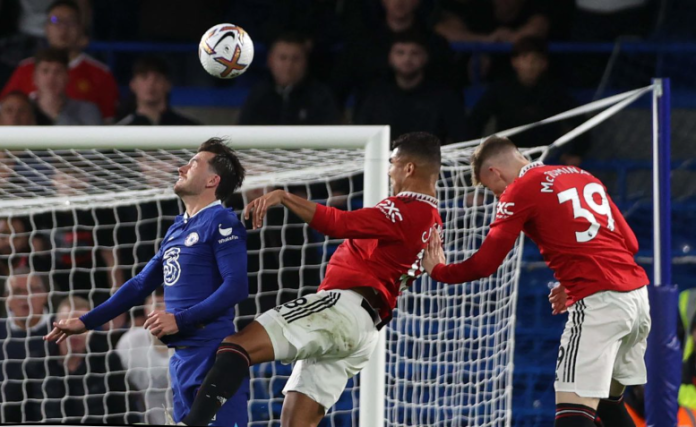 This came after Chelsea received a controversial penalty in a 1-1 draw against United after Scott McTominay was thought to have brought down Armando Broch in the penalty area.

Jorginho sent the ball after the penalty to put the Blues ahead before Casemiro’s late equaliser secured the Red Devils a share of the points.

Bruno Fernandes asked after the game why his team was fined after other league teams went unpunished for the same.

However, Hackett acknowledged that the discrepancy issue was hurting United along with other teams, and he was also puzzled by the issue.

He said: “I think he [Fernandes] is right in terms of the inconsistency of judges in detaining violations. What we’ve seen this week, and I’m just wondering if anyone has whispered in the ear of the referees, is more than one penalty awarded for a restrained violation.”

“No one questioned the sequence of offenses in the penalty area more than me. He is absolutely right, there was a hidden inconsistency in this.”

“Look at this place, because I think someone whispered in the judges’ ear to say: “Look, we want to get tougher.” It could be the newly elected manager of the first group, John Moss.”

The game against Chelsea represented only the last game in which the Red Devils almost did not participate in the referee.

In the match against Newcastle, Craig Pawson was extremely ambiguous in his decision-making, and as a result, it seems that he was sent to the second level of English football.

The same thing happened with Everton when what looked like a perfect Marcus Rashford goal was scored under unclear circumstances.

Let’s hope that the situation will change and United will finally be treated fairly.

Gina Rodriguez is pregnant and expecting her first child with husband...