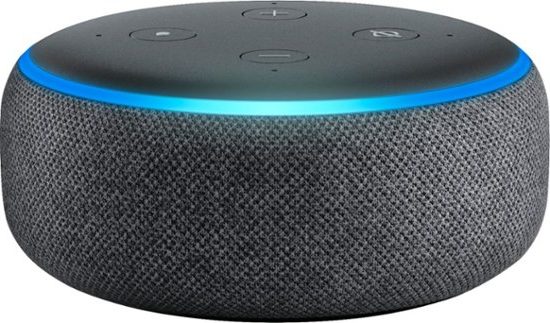 Whether Amazon’s smart speaker Alexa eavesdropping on people’s conversations has always been the subject of debate. A former employee of the U.S. company said that he completely turned Alexa off at special moments when he didn’t want to rest.

Robert Frederick, an e-commerce giant Amazon’s former manager of cloud computing services Amazon Web Services, said in an interview with the BBC that he preferred to turn off the smart speaker Alexa, especially when he was conducting personal and sensitive conversations.

Last year, Amazon admitted that some conversations recorded by virtual assistant Alexa were listened and copied. Saying that they did this in order to increase Alexa’s speaking and perception ability, the US company stated that the recordings were made anonymous before resting. Now Amazon is getting ready to give customers the opportunity to delete audio recordings that do not want them to be kept on the system.

“You are king when you have the right to access user data. It’s all about data. “Everything is”, says Frederick, the golden key for Amazon to evolve from a company that sells books online to the tech giant is ‘data’. Dave Limp, Senior Vice President for Devices and Services, Amazon says that if speech logs are stored in Alexa, the system will recognize your voice better.

In addition, the company’s use of data from Ring door bells, especially the video of the camera on the bell with the security forces, caused great reactions to the public.

The company owned by Jeff Bezos bought the video doorbell maker Ring in 2018 for $ 840 million. Ever since Amazon bought Ring, it has donated over a thousand doorbells to police forces in the UK and the US. The company, which has implemented an application called “Neighbors” in which the residents in the USA can share the images on the Ring cameras, has created a “digital neighborhood monitoring scheme”.

Speaking about ring doorbells, Limp said, ‘This is not marketed as a surveillance device. “It is marketed as a device aimed at making customers’ lives safer.” But many people are concerned that the availability of more than 900 police forces in the locations and images of the cameras in the application in question is the basis for a monitoring network that has evolved into a form of state surveillance.

OMEN And U-Tad Team Up To Power The Future Of Game...