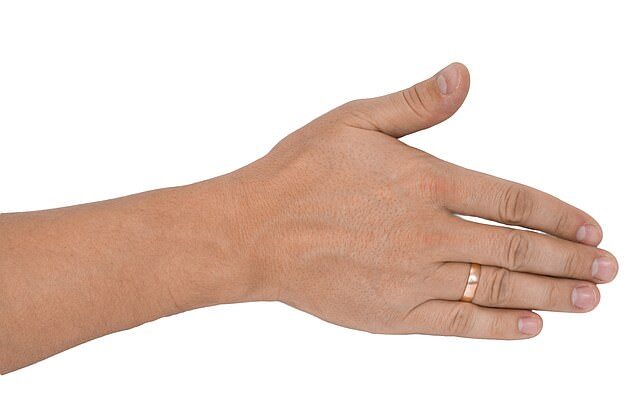 While COVID-19 continues to spread worldwide, a new one is being added to research on the disease every day. Professor of Swansea University in England. John Manning claimed that men with a long toe ring had a lower risk of dying from coronavirus.

Professor of Evolutionary Biology at Swansea University. John Manning made a very interesting claim. According to the British scientist, men with a long ring finger have a lower risk of dying from COVID-19 compared to other people.

Stating that men exposed to more testosterone in the uterus have longer ring fingers. Manning stated that these people had more ACE-2 (Angiotensin-Converting Enzyme 2) protein in their bodies. ACE-2, a protein found mostly in the lungs, heart and kidneys, prevents the lungs from inflaming and collecting water.

The SARS-CoV-2 virus causing COVID-19 disease breaks its function by binding to the ACE-2 receptor found in human cells. Previous studies have found that the new type of coronavirus binds to the receptor 10 times stronger than the protein in the virus (SARS-CoV) causing SARS disease.

Professor According to Manning, men with a long ring finger experience rapid symptoms by experiencing mild symptoms, even if they are caught with COVID-19. Although the British scientist’s claim is interesting, it was also stated in different studies that gender plays an important role in coronavirus-induced deaths.

Of the 4,122 COVID-19 patients who died in England and Wales by April 3, 2,523 were male and 1,599 were female, according to data shared by the UK’s National Statistical Office (ONS). Although gender seems to be a key factor in the mortality rate for each age group, it is worth saying that the most important variable is age.

Another study published by the China Center for Disease Control and Prevention last April found that men and women were infected at the same rate, while death rate for men was 2.8 percent and 1.7 percent for women.