Home Entertainment Evo: tournament will remain open for all platforms

Sony Interactive Entertainment announced on Thursday (18) the joint acquisition of the Evolution Championship Series, or EVO, the most popular fighting game tournament in the world.

The purchase was made in conjunction with RTS, a new venture in the eSports sector with investments from the company Endeavor. Both will take care of the tournaments together, but details of the deal have not been released for contractual reasons.

Since 2019, Sony was already an official sponsor of the tournament. Now, the Japanese brand promises to “combine the resources and expertise that will allow it to rise to a global scale and reach with the engagement of the fans that surround this iconic gaming tournament”.

In practice and in structure, Evo must remain the same, including games from the most diverse platforms and consoles. In addition, the event should keep announcements of titles and content for games of the genre.

The competition’s co-founders, Tom and Tony Cannon, will remain “closely involved in an advisory role” to ensure that the spirit of creation remains the same.

In an official message posted on Twitter, EVO ensured that the community “will always be treated with the respect, dignity and decency it deserves” and thanked fans for their support over the past 25 years.

New announcements regarding the future of the competition scheduled to be released in the coming weeks.

Already under the new direction, Evo will return in 2021 in an online format because of the covid-19 pandemic. The disputes will take place between the 6th and 8th of August.

It is worth remembering that the 2020 edition was postponed for the same reasons – and later canceled after reports of sexual abuse related to one of the organizers, who was already released from office. 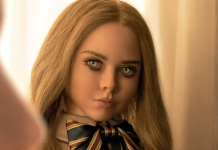 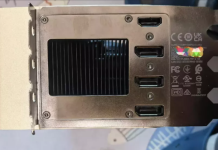