Home Entertainment Evil Dead: The Game Is Delayed Until May 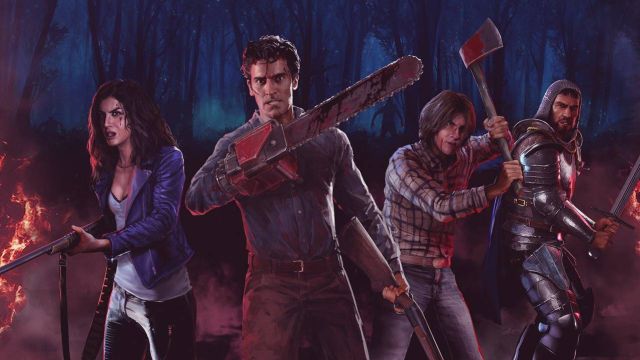 Evil Dead: Saber Interactive, the studio in charge of Evil Dead: The Game, claims to need more time to polish the game, being the second time it has been delayed. This is going to be an exciting year for horror fans, and one of the first releases expected in early 2022 was Evil Dead: The Game, based on the popular film series. Scheduled to arrive this coming February, it has finally been delayed until May, as announced by Saber Interactive, the studio in charge.

This delay will give Saber the time it takes to make “a game worthy of the franchise,” and “wonderful as hell,” according to their official Twitter account.

Time to polish it and less competition

“This gives our team the time to get things right, so your shotgun will be polished, fully loaded, and ready to rip Deadites apart on Friday, May 13,” they explained. While they thank the fans for their patience and understanding, from Saber Interactive they promise that they will not take long to give news, and in fact, their intention is to release a new trailer during the month of February.

The fact is that this new delay -it is not the first time that Evil Dead: The Game has been delayed- is most appropriate, since it is going to a date far from major releases during the months of February and March, such as Horizon: Forbidden West, Elden Ring, Triangle Strategy or Gran Turismo 7, for example. In this way, this cooperative multiplayer will have a chance to stand out in a month that, at the moment, is not so loaded with new important games.