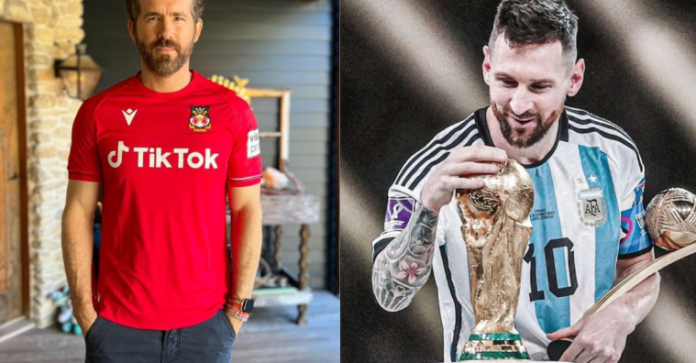 Ryan Reynolds just poured his heart out about the World Cup on Twitter. The football season was full of energy, emotions and mood. Argentina celebrated a moment of pride by taking home the trophy, once again raising its flag as one of the best football teams in the world.

Although countries are represented at the World Cup, both teams receive support from all over the world. The game was unpredictable, but one move changed the fate of the France-Argentina game. While the world continues to celebrate and say goodbye to the football season, Reynolds added excitement with his look at the finals.

How Ryan Reynolds and his fans celebrated the World Cup Final

There was so much going on at the Qatar World Cup. But behind all the glamour, fun, excitement and celebration, there were thrills and a love of playing football. After the epic match between France and Argentina, Reynolds took to Twitter to share his love for the game. His fans couldn’t help themselves either. Many call it one of the best matches of the World Cup. While Kylian Mbappe’s team lost, the leader received a lot of praise for his efforts. The possibility of France winning was very close until the situation turned out in favor of Messi’s team.

I finally started welcome to Wrexham and I've gotten in to that so hard that I'm already down to one episode left. It is a great sports I'm a huge sports fan and I've watched a bunch of soccer but one thing i still hate is allowing ties. At least do it like the NHL does it

Ryan Reynolds himself was someone who wasn’t a big fan of football from a young age, but eventually got carried away with the game. After all, he himself is a co-owner of the Wrexham AFC football team. He and Rob McElhenny purchased the Wales football team for $2.5 million. He even started the Welcome to Wrexham series to give fans of the game a steady dose of football.

The Canadian-born American actor is also in talks to buy the Canadian hockey team Ottawa Senators. This will be his second investment in a sports team. Meanwhile, Argentina’s victory inspires every football team. After all, it was their first World Cup victory in 36 years, and the last trophy was won in 1986.

Are you as pleasantly surprised by football as Ryan Reynolds? Write your thoughts in the comments.

Haikyuu !!: why has the animation style changed

Sonic The Hedgehog 3: Can the movie use Shadow’s original backstory?