Home Celebrity Everything you need to know about the Dune sequel: the return of... 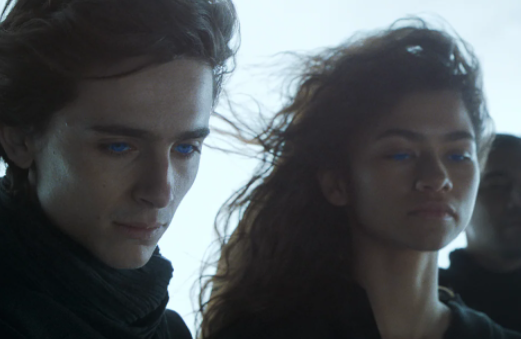 Prepare to return to Arrakis! Fans of “Dune” are rejoicing — after all, they are already working on a sequel.

Originally, “Dune” was released in October 2021 and was a success not only with fans, but also with critics. The Oscar-nominated film starring Timothy Chalamet and Zendaya became a box office hit, earning more than $400 million worldwide. The immediate success of the film led to the approval of a sequel soon after.

Denis Villeneuve will return to make a second film. In March 2022, he announced that the script was “basically” ready.

“But it’s always a work in progress,” Villeneuve told Collider at the time. “It will be a work in progress until the final version, but I will say that it has solidified. I have a script in my hands. We are currently in the preparation stage. My team, we are fully preparing for the film.”

According to Villeneuve, “Dune”, based on the long science fiction novel of the same name by Frank Herbert, was always planned to be divided into two films. 26-year-old Chalamet plays the hero of the film Paul Atreides, and 25-year-old Zendaya plays Chani, his future lover. The cast is rounded out by Rebecca Ferguson, Stellan Skarsgard, Oscar Isaac, Javier Bardem, Jason Momoa, Josh Brolin and Stephen McKinley Henderson.

The role of Zendaya in the first part of the franchise was minimal, and the audience wanted more. Fortunately, the wishes of the Dune fandom seem to be coming true!

“As for Zendaya, I will say that the first part was a promise. I know that we saw her briefly in the first part, but in the second part she will have a prominent role,” Villeneuve said in an interview with Variety in March 2022. “We will follow Timothy and Zendaya on their adventures in the desert. That’s what excited me the most about coming back to Arrakis, is spending time with these characters again.”

Zendaya also hinted at the development of her storyline in “Deadline” in November 2021. “Anyone who has read the books knows that there is still so much to explore and deal with,” she said at the time.

In the same interview, Chalamet expressed his excitement about returning to the set. “We were ready to do it then [when we finished the first part]. This story is far from over,” he teased.

Although most of them are going to return, 43-year-old Isaac will not be one of them after the death of his character. However, two new characters will be introduced — Princess Irulan and Feyd-Rauta Harkonnen. Florence Pugh and Austin Butler are in talks to play these alleged roles, but nothing has been officially confirmed.

Kim Kardashian with her best friend after their breakup

You season 2: Penn Badgley (Joe) reacts at the end!