Home Celebrity Everything you need to know about the Dragon Flame 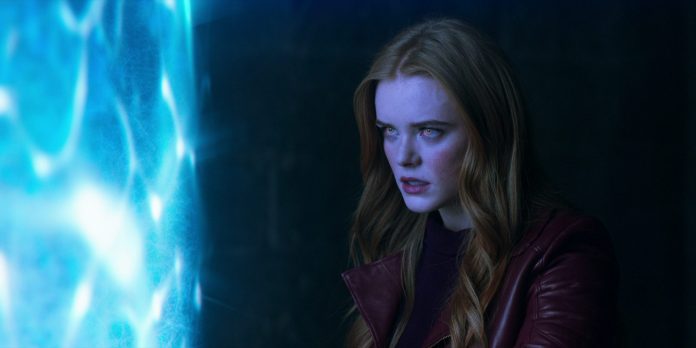 The dragon flame is only mentioned at the end of Fate: The Winx Saga season 1, but it is a key part of the lore and world of the original Winx Club cartoon. That’s why we present to you everything you need to know about the incredible power that resides in Bloom:

Given how much the Winx Club changed, some fans might have been surprised to learn that the Dragon Flame, the source of Bloom’s (Abigail Cowen) powers in the cartoon, was also present in the world of Fate: The Winx Saga.

In the world of Fate: The Winx Saga, not much has been revealed about the nature of the Dragon Flame. Rosalind (Lesley Sharp) has said that it is a very ancient magic and that it played a role in creating the Burned A thousand years ago.

She also revealed that it is the root of Bloom’s (Abigail Cowen) extraordinary powers although it has not yet been revealed how the protagonist is connected to such strong magic.

In the cartoon, the Dragon Flame is a remnant of the Great Dragon, the ancient deity of the Magic Dimension who gave life to all of existence. He rested on the planet Domino and bestowed a portion of his powers on the royal family in the form of the Dragon Flame.

The Dragon Flame was believed to have been lost after Domino’s fall, but it lived in Bloom, daughter of the last King and Queen of Domino, who was rescued from the destruction of her planet by her older sister Daphne. .

So far, it’s hard to say how close Fate: The Winx Saga is to the original version of the Dragon Flame. Bloom only used his power once against the Burned, and Rosalind has yet to explain the details about her origins or her connection to Bloom.

In the cartoon, said ability grants incredible offensive power similar to that displayed by Bloom (Abigail Cowen) in her climactic battle, although it is not yet clear if those abilities or the story will also appear in Fate: The Winx Saga.