Home Celebrity Everything You Need to Know about the Billboard Music Awards 2022: Host,... 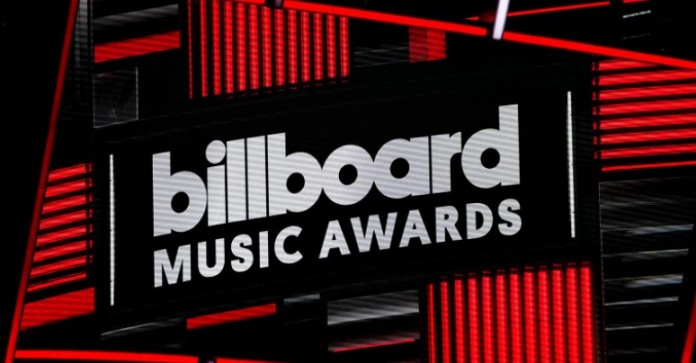 Lights, camera, music! The Billboard Music Awards 2022 will surely make a splash when the event takes place in Las Vegas on Sunday, May 15.

“It’s not going to be like any awards show— I’m bringing love and setting the frequency at an all—time high,” host Diddy said in a statement last month. “The Billboard Music Awards really represent artists and where music is today, so I’m very excited to curate the biggest live performances and surprises. The world has to tune in to see.”

The 52-year-old “I’ll Miss You” singer will be running the Billboard Music Awards on Sunday, 25 years after he won his first BBMA Award in 1997 for his album No Way Out.

This year’s star-studded ceremony may have a new leader when it comes to the most decorated artist in BBMA history.

Justin Bieber is currently in third place with 21 wins, but this year he is nominated in 13 categories, so he can compete with Drake (with 29 wins) and Taylor Swift (with 25 trophies).

While the 28-year-old “Baby” singer has multiple nominations at the 2022 Awards ceremony, he was surpassed by The Weeknd, who leads with 17 nominations in the categories, and Doja Cat, who earned 14 nominations.

When night falls, all attention will be focused on the Top Artist category, which includes The Weeknd, 32, Doja Cat, 26, Drake, 35, Swift, 32, and Olivia Rodrigo.

In between the thank-you speeches of their favorite artists, fans are waiting for a large-scale concert, on the stage of which some of the most famous musicians of the world will perform.

Mary J. Blige, for example, is one of the artists who must be seen in the evening, but her performance is not the only thing she will focus on next Sunday. The 51-year-old rapper won the Icon Award 2022.

“My career has been such an incredible and unexpected journey that has included many twists in directions I could never have imagined, such as acting, producing, starting a business, and now even my own music festival,” Blige said in a statement last month, per E! News. “Going through all this, I’ve always gravitated towards my first love, music, in one way or another.”

She added: “To be recognized in this way at this moment, with the Icon Award at the Billboard Music Awards, is an incredible honor, and I’m really honored.”

Scroll down to learn more about the 2022 Billboard Music Awards:

When and where does this happen?

The award ceremony will be broadcast live from coast to coast on Sunday, May 15, from the MGM Grand Garden Arena in Las Vegas.

Diddy will act as the host and executive producer of the evening.

Miranda Lambert, Sheeran, Elle King and Becky Gee were announced in May as the latest artists to take the stage at a music event. Burna Boy, Latto, Megan Thee Stallion, Rauw Alejandro, Red Hot Chili Peppers, Florence + the Machine, Maxwell and Silk Sonic were previously listed as part of the star cast.

Travis Scott’s performance at the Billboard Music Awards will be his second public event after the tragedy at his Astroworld festival in November 2021, which led to mass casualties. The 31-year-old rapper previously returned to the stage during the Miami Grand Prix weekend in early May.

Morgan Wallen, for his part, has not performed at the awards ceremony since he was criticized in February 2021 for saying the N-word in a leaked video. The 28-year-old country singer has since apologized for his actions, and his music has returned to the airwaves after a brief ban on country radio. Earlier this year, he received an ACM Awards award in the category “Album of the Year”.

Where can I see it?

The event will air on NBC at 8 p.m. ET and will also be available to viewers on Peacock.

The actor of the series has released her new single