Home Entertainment Everything You Need to Know about Gundam Mobile Suit: The Witch From... 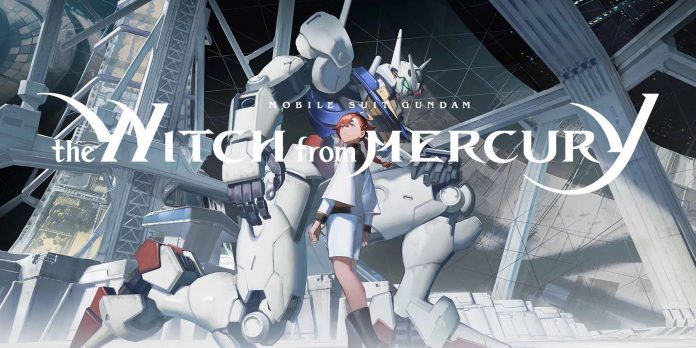 The last major anime series from the Gundam franchise is the infamous second season of Mobile Suit Gundam: Iron-Blooded Orphans, which ended back in 2017. Of course, various Gundam-related shows were broadcast after that, such as numerous U.C. OVAs and Gundam films such as Twilight Axis and Hathaway, as well as several Build Divers series.

However, none of them is a major series. Because there will be enough material in a major Gundam series to cover at least 26 episodes of content. Most of them, such as Gundam Wings, Gundam 00, Gundam Seed and the aforementioned Iron-Blooded Orphan, even have more than 50 episodes in each episode. Therefore, it is safe to say that the fans were hungry for something new. Fortunately, 2022 is the year when we finally get what we’ve been waiting for. Because Sunrise, the company behind the Gundam franchise, has announced that there will be a major new series this year. It’s called Mobile Suit Gundam: The Witch From Mercury. And that’s all you need to know about it.

Let’s start with the people who worked hard to create this anime, in particular, with the director, screenwriter and art director. The director of “The Witches from Mercury” is Hiroshi Kobayashi. He worked as a director of Kiznaiver and the new ONA Spriggan. He has also worked as an episode director in many popular games such as Kill la Kill, Tiger & Bunny and Yozakura Quartet.

Next up is screenwriter Ichiro Okouchi. He’s pretty much a superstar in the anime world. He was the head writer of such popular TV series as Devilman Crybaby, Kabaneri of the Iron Fortress and the Berserk trilogy: The Golden Arc. As for the mecha anime, he was the original creator of Code Geass, and was also part of the team that wrote the films Turn A Gundam, Eureka Seven, Valvrave the Liberator and RahXephon, to name just a few.

And finally, art director Ayumi Sato. Like the other people on the team, she has a pretty stellar resume. Her past works as an art director include Blast of Tempest, That Time I Got Reincarnated as a Slime, Eureka Seven Ao, Gundam Build Fighters, Gundam Reconguista in G and many others. So as you can see, based on what they’ve done in the past, we can say with confidence that the new Gundam series is in the right hands.

The creator of the “Witch with Mercury” rather secretly told the details of the story. However, there are a few important things we know about this new Gundam. Firstly, it is the fact that, as in “Iron-Blooded Orphan” before him, “The Witch from Mercury” will also take place in its original timeline, and not in the usual timeline of the Universal Age.

The official website of The Witch from Mercury states that the action takes place in A.S. (Ad Stella) 122. The time when numerous giant corporations went into space and built a huge economic system. This is also the first Gundam series in which the main character will be female. Her name is Suletta Mercury, she is a lonely girl from the distant planet Mercury. The story tells about how she studied in the second year of the pilot faculty of the Astikasia Technological School.

As with any other anime, although we don’t have many details about the story, we do know something about the characters that will appear in the series. The first is obviously the aforementioned main character, Suletta Mercury. They say that she is a rather timid girl who has problems communicating with others. She will be the pilot of the Gundam Aerial developed on Mercury.

There is also Miorin Rembrandt, an excellent student who is also the daughter of the president of one of the largest corporations in the universe. In addition, the series will also feature characters from various prominent Houses. There is Guel Jeturk from the House of Jeturk and the heir of Jeturk Heavy Machinery. Elan Ceres from the House of Pale and the best pilot of Pale Technologies. He is the pilot of Gundam Phharact.

As with the characters, we also have the opportunity to see several mobile costumes from the series. There are several mobile Gundam and non-Gundam costumes on the official anime website. Some of them are bulky, while others are quite thin. However, in this section, let’s focus our attention on the main Gundam of the “Witches from Mercury” — the Gundam antenna. Longtime fans of the franchise have noted that this new Gundam seems to be the culmination of various major Gundams from the previous series.

The overall slim profile of the mobile suits, as well as their stern face and sharp V-shaped fins, resemble Exia and Quanta from Gundam 00.

Outlander Season 6: How the drama just diverted the story of...