Home Entertainment Everything You Missed in Boys S3 Episode 6 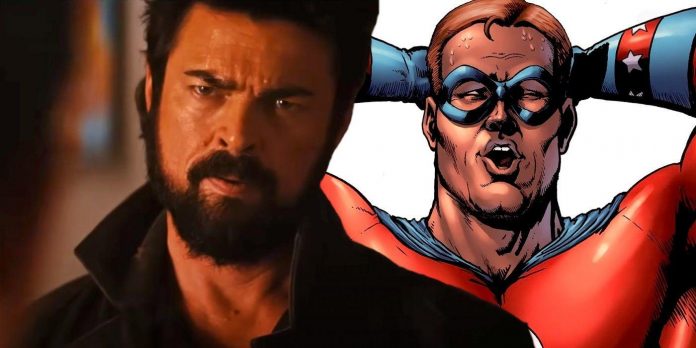 More pop culture references and comic Easter eggs are in The Boys season 3, episode 6 that viewers may have missed. Based on the superhero satire comics from Garth Ennis, Prime Video and showrunner Eric Kripke have transformed The Boys into a giant franchise that explores the world’s obsession with superheroes. Season 3 retains this focus even as new characters and storylines rise to the forefront.

The Boys season 3’s Easter eggs and references are just as central to the show as its satirical takedown of superheroes and very clear political and social commentary. This allows the show to make storylines that mirror what people experienced during the COVID-19 pandemic and also include major moments from the comics. The debut of Jensen Ackles’ Soldier Boy and his superteam Payback has not been quite what many expected, as Vought’s original superhero is busy killing his former teammates. But with Billy Butcher (Karl Urban) and Hughie Campbell (Jack Quaid) getting superpowers, some comic storylines are still happening.

One of the most anticipated moments in the series has now arrived, as The Boys season 3, episode 6 tackles the Herogasm storyline from the comics. The obscene party is quite a bit different from the source material, but it still contains plenty of shocking moments, ranging from Homelander fighting Soldier Boy, Billy, and Hughie to A-Train possibly dying and Starlight quitting The Seven. Through it all, The Boys season 3, episode 6 includes pop culture and social references and a variety of Easter eggs viewers could miss.

The very beginning of The Boys season 3, episode 6 references a memorable moment (for all the wrong reasons) during the COVID-19 pandemic. The Deep kicks off a Supe and celebrity singalong to John Lennon’s “Imagine” which includes fellow members of The Seven in A-Train and Black Noir, as well as real-life celebrities Patton Oswalt, Josh Gad, Mila Kunis, Ashton Kutcher, Elizabeth Banks, Kumail Nanjiani, Aisha Tyler, and Rose Byrne. The video meant to inspire civilians after The Boys’ Soldier Boy attacks is a direct parody of the celebrity singalong video Gal Gadot posted during the pandemic. It featured stars like Natalie Portman, Zoe Kravitz, Lynda Carter, Pedro Pascal, Mark Ruffalo, Kristen Wiig, and more. While Gal Gadot’s video was met with plenty of backlash, it is unknown if The Deep’s version had the same response in-universe.

There is a reference in The Boys season 3, episode 6 to A-Train killing Popclaw, his former girlfriend. The two had a secret romantic relationship during the first season of the show, but A-Train refused to make it public. Popclaw is later murdered by A-Train because she was blackmailed into telling The Boys about him and Compound V. There has not been any mention of Popclaw since this point, but new Vought CEO Ashley Barrett reminds The Sevens’ speedster of his own checkered and violent past when he presses her about what will happen to Blue Hawk.

Soldier Boy might be aligned with Billy and Hughie right now, but his true colors show in The Boys season 3, episode 6 as part of a brief conversation about masculinity and Bill Cosby. The famous comedian was previously accused of sexually assaulting women after drugging their drinks. He was convicted of these crimes in 2018 before the Pennsylvania Supreme Court overruled the conviction. Soldier Boy mentions that Bill Cosby is a “real man” and remembers the “strong drinks” that he made back in the day, suggesting this Soldier Boy could have supported or been involved with the accusations against Cosby.

The Boys season 3, episode 6 is the place where Prime Video’s show finally adapts the comic’s wild Herogasm storyline. The comics made Herogasm a secret retreat for Supes to unite and participate in all types of salacious acts. Nothing is off the table for the Supes, as they have each other and sex workers, and partake in drugs, alcohol, and anything else they desire. Fans have long been curious to see how The Boys adapts the controversial six-issue storyline. It is scaled down a bit, having the TNT Twins’ home serve as the main location instead of a tropical island, and it is not something all Supes are aware of. However, the content of Herogasm’s event is just as shocking as viewers expect.

One of the strangest Supes in The Boys comics finally came to the show in season 2, as a Russian man who seemed to be Love Sausage (based on his abnormally large penis) is inside Sage Grove Center. He used his tentacle-like genitalia to fight Mother’s Milk, Kimiko, and Frenchie. When Mother’s Milk and Starlight visit the TNT Twins’ home, they are greeted by the recognizable penis. Love Sausage’s The Boys season 3 return confirms that he survived the attack on Sage Grove Center and seemingly makes him another success story for Vought’s ability to give Compound V to adults.

Every Known Supe In The Boys Season 3’s Herogasm

While the comic version of Herogasm features every major Supe from The Seven, Payback, and more, the list of Supes in The Boys season 3’s Herogasm event is much smaller. Homelander, Soldier Boy, Starlight, and A-Train visit the location, but they do not engage in any activities. The same is not true for Love Sausage, Tommy and Tessa TNT (the TNT Twins), The Deep, Termite, and Blue Hawk. There is also the live-action debut of Cold Snap, as he makes an icicle dildo. He is the only new Supe confirmed to debut in The Boys season 3’s Herogasm, although other Supes from the comics might have secretly been included – such as G-Men member PussPuss, who could be the girl with a tail by the pool.

One of the sneakier references in The Boys season 3, episode 6 sheds light on Vought’s Stormfront coverup. When he, Billy, and Hughie get to Herogasm, Soldier Boy mentions that he founded the event 70 years ago with Liberty. The Boys season 2 revealed that Liberty was Stormfront’s original identity. Despite being as American as they come, it seems Soldier Boy had no idea his teammate and potential romantic partner was really a Nazi. Billy and Hughie do not tell Soldier Boy the truth about Liberty at this moment, so he will still have fond memories of whatever happened between them at past Herogasms.

There is also a moment where The Boys season 3, episode 6 references the show’s very first (and memorable) scene. Back when the show launched on Prime Video in 2019, it began by showing Hughie’s regular life and the beginning of a date with his girlfriend, Robin. Their lives are forever changed when A-Train kills Robin as he speeds through the streets high on Compound V. Hughie attempted to get closureby having A-Train apologize for killing her, but he never did. Now several years later, The Boys season 3, episode 6 references the moment again to finally deliver the long-awaited apology. 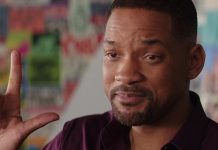 The spooky trailer for Stranger Things season 4 has arrived!

Effort Levels In Arceus Pokémon Legends: What They Are And How...