Home Entertainment Everything Will Smith and Chris Rock said about the slap at the... 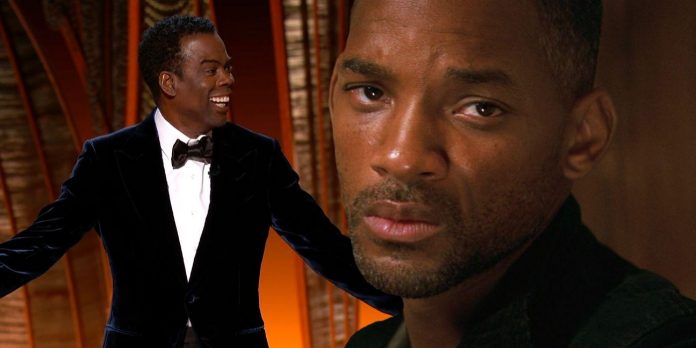 The fallout from the infamous slap in the face at the Oscars 2022 continues to unfold, and Will Smith has finally issued an official public apology to Chris Rock after hitting him live on air. The 94th Academy Awards Ceremony was marred by controversy after Will Smith slammed comedian Chris Rock for making a joke about his wife. This moment dominated the coverage of the Oscar ceremony for several weeks afterwards, and even at first Smith was called upon to lose his Oscar for slapping Rock.

While on stage to present the Oscar for Best Documentary, Chris Rock improvised a joke about Jada Pinkett-Smith being bald, which is a result of her diagnosis of alopecia. At first, Smith could be seen laughing awkwardly, but he quickly rushed onto the stage to challenge Rock’s behavior. He physically assaulted Rock on the air, and then, returning to his seat, burst into a frank and emotionally charged tirade against the comedian. In the international coverage of the event, Smith’s actions caused controversy, and the actor decided to leave the Academy in light of his actions.

After the infamous incident, many of those present talked about a lot. However, both Smith and Rock remained somewhat silent at first, allowing time to pass before openly responding to the slap. The reaction to the slap at the Oscars was largely mixed, but Smith has since admitted his guilt and made numerous public apologies for his behavior. Rock also addressed getting slapped in the face at the Oscars, joked about the incident during a stand-up show and expressed his opinion about the dispute.

Smith’s first apology to Chris Rock came almost 24 hours after the poignant moment. In a written statement posted on Instagram, Will Smith described his “behavior at the Academy Awards [as] unacceptable and inexcusable” and that he “reacted emotionally” to a joke about his wife’s health. Apologizing to Rock, Smith called his actions “inappropriate” and “wrong.” Despite the massive controversy caused by the biggest shock at the Oscars 2022, Smith responded promptly and immediately issued a public apology for his actions. The debate about how appropriate a slap in the face was in response to Rock’s comments was still raging at the time Smith made his first apology, when the actor admitted that escalating the situation to violence was a bad choice.

Shortly after Smith’s first public apology, Chris Rock commented on the incident. Speaking at a previously scheduled comedy show in Boston just days after the Oscars, Rock began the show by addressing the incident, explaining that he “didn’t give a damn about what happened” and that he would be performing a show he had written before the incident. Rock added that he is “still kind of processing what happened,” but that “at some point [he] will talk about [it].” Since the slap overshadowed the triumphs of the 2022 Oscars, Rock’s reluctance to openly discuss the incident shortly after it happened actually looked like an elegant way to distance himself from the immediate controversy. Although he did not announce this position to the world via social media, he simply made it clear that he was not ready to talk about it at this stage, and continued his career as planned.

As the negative reaction to the incident subsided, Rock began to talk about it more openly. Again, he did this during a stand-up show, joking about the incident and calling Will Smith “Step Smith.” Rock joked that “anyone who says the words ‘hurt’ has never been punched in the face,” later adding, “I’m not a victim, motherfucker,” and “yeah, that shit hurts. ] left and went to work the next day. I don’t go to the hospital because of a paper clipping.” What happened to Chris Rock at the Oscars is, in fact, tantamount to public humiliation for the comedian – leaving a period of several months before he made a disparaging joke about it seems to indicate that Rock wants to put it in the past.

Will Smith has since offered Rock a full 5-minute apology via his YouTube channel, answering a number of questions regarding the incident. In the video, Smith admits his guilt and remorse over the incident and repeats that he will wait to personally apologize to Rock when the comedian deems it appropriate. Smith used the video as an opportunity to apologize to others affected by the slap, including Chris Rock’s family and other Oscar nominees, to whom he apologizes for “stealing and tarnishing [their] moment.”