Home Entertainment Everything We Know about the Station 19 Season 6 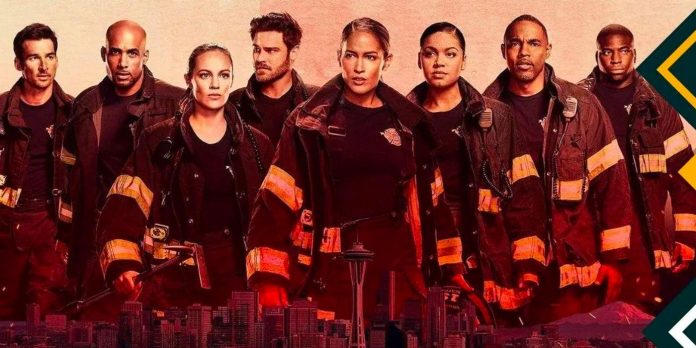 Station 19 season 6 – the newest installment of the Grey’s Anatomy spinoff set at a fire station – is officially on the way. Premiering in 2018, Station 19 was the second show to emerge from the universe of Grey’s Anatomy, the first being Private Practice. Station 19 follows the personal and professional lives of the men and women working at the titular Seattle fire station, and like its predecessor is a blend of procedural and melodrama.

From its first day on the air, Station 19 has been constantly compared to NBC’s Chicago Fire, the Dick Wolf-created anchor of the Chicago procedural franchise. Neither show is a critical darling, but both are on the higher side of their network’s ratings chart, so neither is likely to go away anytime soon. Station 19’s ties to Grey’s Anatomy also ensure its chances of longevity, even if Grey’s Anatomy itself may be approaching its ending.

ABC’s Station 19 is heading into season 6, which could well be a year that goes down in the history of the show. Fire threats never stop in a city like Seattle, and what happens when these brave firefighters clock out is often prone to being just as hot in its own way. Here is everything that is known so far about Station 19 season 6.

The Station 19 season 6 renewal was officially announced by ABC on January 11, 2022, well in advance of season 5’s finale. It joins season 19 of the seemingly eternal Grey’s Anatomy on ABC’s returning fall schedule. As long as Station 19’s ratings stay where they are, it should likely continue to be renewed for many years and seasons to come.

Station 19 Season 6 Cast: Who Will Return?

No major members of the season 5 Station 19 cast are currently expected not to return for season 6. That includes Grey Damon as Jack Gibson, despite season 5’s finale making it seem possible he might be leaving the show. There have yet to be any new member announcements for the Station 19 season 6 cast, either.

Perhaps the biggest event of the season 5 Station 19 story took place in the finale, which saw Jack Gibson quit his job and leave the station crew behind after learning a harsh truth about his parentage. Andy moved into his vacant job after finally conquering the murder case that has been dogging her for years. Elsewhere, Maya and Carina were able to work together to get the latter her Green Card. Maya’s Station 19 storyline saw her play hardball to try and become captain, while Travis teased a run for mayor of Seattle. The Station 19 season 6 story is likely to pick all these plots right back up, especially Jack being brought back into the mix somehow, Maya likely failing to get power back, and Travis launching his campaign.

The Station 19 season 6 release date currently has the season premiere scheduled for October 6, 2022 on ABC. That is right in line with season 5’s premiere time frame. It’s unclear how many episodes season 6 will consist of, but the last few seasons have ranged between 16 and 18 episodes.

On Man’s Sky and Everspace 2 Will Receive DLSS Support on...