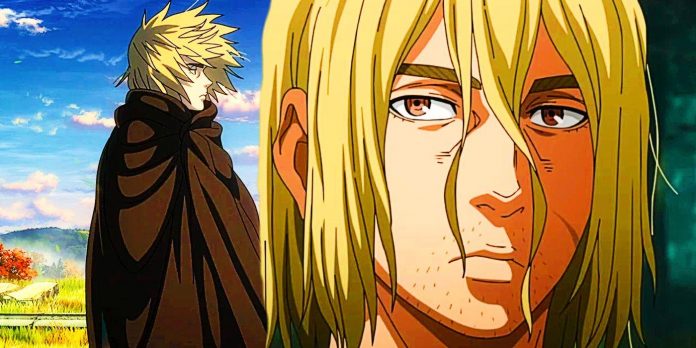 The second season of the Vinland saga has been announced, which leaves many questions as to when viewers will be able to watch the critically acclaimed Seinen anime and what will happen in the second season. Adapted from the manga of the same name by Makoto Yukimura, the first season of The Vinland Saga tells the story of Thorfinn, a young Icelandic warrior who serves in a mercenary squad led by Askeladd, the man who killed Thorfinn’s father. The action of the Vinland Saga takes place mainly in 11th century England and is based on many historical events and figures from Norwegian and English history.

The main character Torfinn is inspired by the historical figure Torfinn Karlsefni Thordarson, an Icelandic explorer who followed Leif Eriksson’s route to England — a story that Ubbe Ragnarsson also reflected in Vikings. However, the historical influences do not end there, as Thorfinn also meets Cnut in the first season of The Vinland Saga, inspired by Cnut the Great, who was once king of England, Norway and Denmark. Both the animated show and the manga Vinland Saga also draw inspiration from other sources, such as Kentaro Miura’s Berserk, which has similar themes of nihilistic warrior despair.

Characters of the second season of the Vinland saga: who will appear?

Thorfinn will again be the main figure in the second season of the Vinland saga, although in the trailer of the anime show he looks older and more downtrodden. The trailer begins with Askeladd’s voice as he tells the battered Torfinn, “Are you giving up already? Get up!” after Askeladd defeated him in another duel. While Askeladd obviously wanders in Thorfinn’s thoughts and may appear in dreams or memories, it’s safe to say that he won’t be living and breathing in the second season. Gate and Attack on Titan) believes that a new character, Einar, will be able to fill the void left by Askeladd. Impressed by Einar’s character in the manga, Yabuta describes Einar as the “pivot” of the second season and will undoubtedly influence the development of Thorfinn’s character in the upcoming season.

The trailer for the second season of The Vinland Saga proves that Einer will not be the only new character. The trailer of the anime show gives an idea of several new characters, such as Ketil, Olmar, Arnheid, Snake and Thorgil. In addition to the new characters, in the trailer you can see Canute, Floki and Torkel, who will return from the first season. Meanwhile, the previously mentioned Leif Erickson (also a character in the Vikings: Valhalla series) will return in the second season to influence the fate of Torfinn.

The story of the second season of the Vinland Saga: what is it about?

Season 2 of the Vinland Saga adapts the manga slave arch, known to many manga readers as the Farm Arch or Ketil Farm Arch. After Thorfinn attacks Canute for denying him his desire to kill Askeladd, Thorfinn is enslaved as punishment. Years later, Thorfinn is sold to the Scandinavian slave trade, and most of the slave arc is dedicated to how Thorfinn gains a new will to live after his main goal – to kill Askeladd – was taken away from him. Although season 2 of The Vinland Saga is likely to be less violent than Season 1, it will be crucial to the development of Thorfinn’s character.

Release date of Season 2 of the Vinland Saga

The release date for the second season of the Vinland saga is currently set for January 2023. The long wait between seasons may be due to the fact that another animation studio is directing the second season. While season 1 was animated by WIT Studio, known for its Spy x Family and Ranking of Kings films, season 2 of the Vinland saga was created by MAPPA, the studio that animated Jujutsu Kaisen and is currently engaged in creating a Man with a Chainsaw. Despite this, many animators who worked on the 1st season of The Vinland Saga also worked on the 2nd season, which means that there will be no significant difference in visual style between the seasons. Switching between studios in the Vinland Saga reflects how WIT began animating Attack on the Titans before making changes to MAPPA in season 4.

How many episodes will there be in the second season of the Vinland saga?

Fatal Frame: Maiden of Black Water Arrives At Switch in 2021