Home Celebrity Everything we know about the second season of the series “The Squid... 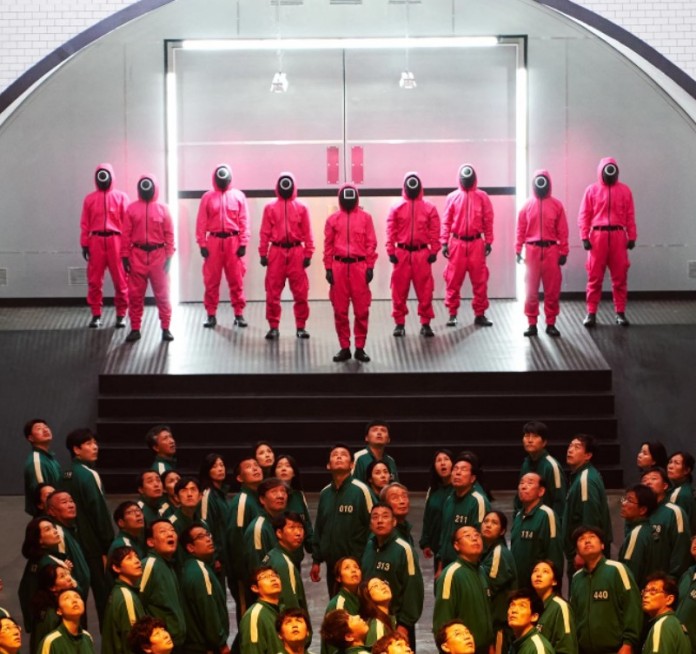 More memes about squid will appear soon. Whether you’ve watched the first season of the dystopian thriller or just watched Pete Davidson’s Saturday Night Live parody, it’s time to start getting ready for even more red and green jumpsuits.

After the premiere of the South Korean series on Netflix in September 2021, it became the most watched series on the streaming platform. He has also received widespread critical acclaim, receiving three Screen Actors Guild Awards and two Critics Choice Awards in 2022. Oh Yeon-soo, who played the not-so-nice old man Oh Il-nam, won the Golden Globe Award for Best Supporting Actor. performance.

The first season of the survival drama tells about 465 strangers who all have something in common – crushing debts. After they are recruited and taken to a remote island, it turns out that they have to take part in a series of children’s games to get a chance to win $38 million. The catch? Losers are not just eliminated, they are killed on the spot.

During a South Korean press conference in September 2021, the show’s creator Hwang Dong Hyuk said that “playing squid was the most physically aggressive child’s game I played as a child in the surrounding alleys, so I also loved it the most. In a sense, this is the most symbolic game reflecting today’s competitive society, so I chose it as the name of the show.”

Although most of the cast was brutally murdered during the first part, fans hope that their favorite actors of the “Squid Game” will return next season. Jung Ho-yeon (Kang Se-baek) told Vanity Fair in March 2022 about fan theories that her character could have survived.

“I don’t think she can come back,” the model and actress admitted. “And also, guys, I’m really sorry to say this, but I’m very happy that I’m dying.” Ho Yong also shared that she does not agree with the suggestion that her character’s younger brother may participate in games in the second season. “My brother shouldn’t go there to play… I’ll give it up.”

Lee Jung-jae’s character, Song Gi-hoon, was the only player left standing at the end of the confusing games competition on the playground. At the 2022 Screen Actors Guild Awards ceremony, Jung Jae told Entertainment Weekly the theory that his murdered castmates would return in season 2. “So my idea is that the masked men took them all and made sure they came back to life.” — said the actor, referring to the anonymous guards who monitor the game.

What can we expect in the future from the sole survivor of the Squid Game? Scroll through Everything We know about Season 2 of Squid Game:

Yes! In an interview with Variety in January 2022, Netflix CEO Ted Sarandos announced that the “Squid Game universe” has just begun,” adding, “We are steadily building these muscles with our consumer products, such as Squid Game tracksuits. and then we make a big leap to mobile and portable solutions.”

When will season 2 premiere?

Don Hyuk gave an update on when to expect Season 2 in an interview with Vanity Fair in May 2022. The South Korean screenwriter said fans shouldn’t expect a release until late 2023 or even 2024, revealing that he only had about three pages of ideas at the time.

Will any of the cast of the first season return in the second season?
During a conversation with Deadline in March 2022, Don Hyuk was asked if any of the cast of OG Squid Game would return in season 2. “No, because most of them are dead,” he joked, adding that perhaps Ho Yong Kang’s character Se Baek has a twin sister who may appear in the second season.

In November 2021, the writer and director confirmed that the sole survivor of the first season, Song Ki-hoon, would appear in the sequel.

“I promise you this: Gi Hong will come back, he will do something for the world,” he told the Associated Press.

What will be the plot of season 2?

Some fans speculate that the new episodes will follow Gi-gun as he tries to hold the Frontman and other game watchers accountable.

Don Hyuk told Deadline in March 2022: “There will be more great games, that’s all I can say. I’m still brainstorming and gathering ideas for the second season. I haven’t even started writing scripts yet.”

During a conversation with Vanity Fair in May 2022, the creator of the show told in detail what to expect from the next games. “Humanity will be tested again in these games,” he explained. “However, the way these games are played could be different. If they could talk to each other, cooperate with each other, I agree that maybe we could see more winners. ask the question: “Is real solidarity between people possible?”

Where to catch up in the first season of “Squid Games”

The first season of Squid Game is currently streaming on Netflix.

Jade Hallyday: her statement to a young man she “loves so...