Home Entertainment Everything We Know About The Netflix Series Shows The Squid Game: Challenge 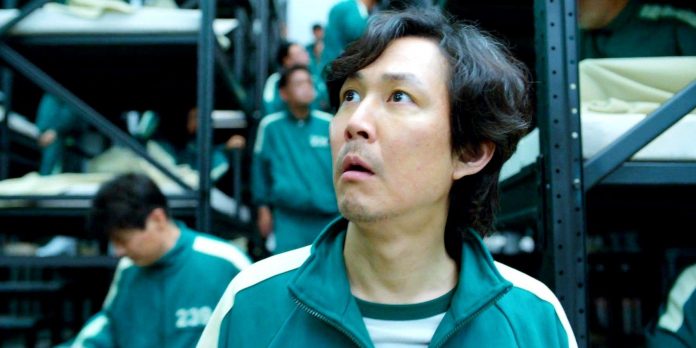 Netflix brings the global Squid Game phenomenon to life by announcing the Largest Squid Game competition series: The Challenge. The Squid Game series became a critically acclaimed Netflix series that conquered the world, and its premiere took place at the end of 2021. Now the series is about to become an extremely popular reality show.

Squid Game is a game about 456 people who play deadly games and fight to the death to win a cash prize. This scripted drama is the most popular Netflix series of all time. With over 1.65 billion views in the first few hours, it looks like Squid Game: The Challenge will be a show that no one will want to miss.

Netflix announced on Twitter the second season of Squid Game, which fans were more than excited about. After that Squid Game: The Challenge was presented to fans by Bela Bajaria, the head of global television at Netflix. It is promised that the new reality series will not disappoint, and judging by its popular counterpart, there will be many hidden twists in it. Participants will go through a series of games inspired by the original show, and they are all designed to test their alliances, strategies and character. Unlike the original, Squid Game: The Challenge excludes participants who have not passed the game. The contestants clearly will not have to pay with their lives. Netflix has already started casting with a fateful cash prize of $4.56 million (via eTribez).

Fans quickly reacted to the announcement that Squid Game: The Challenge will appear on Twitter and Reddit. Fan reviews of the new reality show were mixed. Some fans were almost offended that Netflix created this spin-off, as it lacks the message conceived by Squid Game. Topics such as human suffering and the gap between rich and poor deeply resonate with many people around the world. The idea of middle-class people competing for a prize that will change the lives of some fans is not as exciting as Netflix thinks. Other fans took to Twitter to celebrate friends and family, saying they would love to see them compete in such a show, adding that it would be a good laugh and the money would be a bonus.

With mixed reviews from fans, everyone agreed that Netflix has created a fantastic fantasy series and benefits from it by bringing it to life. With promises that Squid Game: The Challenge will be a must-watch, it seems that the reality show will be very different from any other game show. To apply, you must be 21 years old or older, you must speak English, submit videos and include photos. The appendix explains that this is the largest social experiment the world has ever seen, turning the scenario of the drama world into reality. Players will never know what will happen next, competing in a series of dizzying games with a single winner.

Squid Game: The Challenge promises to interest fans. While fans are eagerly awaiting new news about the second season of Squid Games, the new series in the meantime should entertain fans. Given the popularity of Squid Game, it’s not surprising that Netflix created a spin-off that caused as much controversy. Now that the series is reportedly the biggest game show in history, only time will tell how fans will take it.