Home Entertainment Everything we know about the MCU Phase 6: The Story, the Villain... 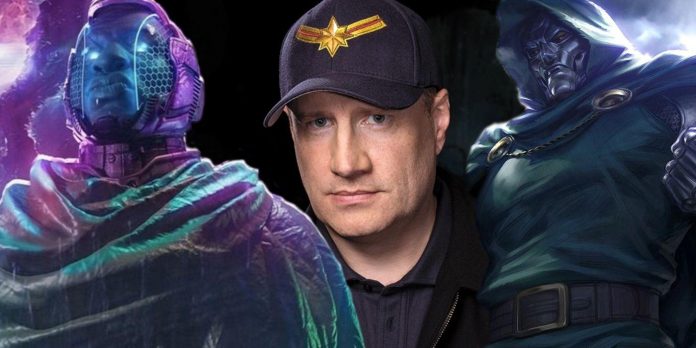 At Comic-Con 2022 in San Diego, Marvel Studios presented the first batch of information about the upcoming 6th phase of the Marvel Cinematic Universe, from some confirmed projects to villains and plot aspects. Since the release of Avengers: Finale and the climax of the Infinity saga, many have wondered where the MCU is heading, given the various Phase 4 projects. Marvel Studios used SDCC 2022 to show exactly what is happening in the MCU, culminating in Phase 6 and the end of their second saga: The Multiverse Saga.

SDCC 2022 was a big event for Marvel Studios, as it was their first appearance at the convention since 2019. One of the important announcements was “Black Panther: Wakanda Forever” as the finale of Phase 4, leaving speculation to start from Phase 5 onwards. With “Ant-Man and the Wasp: Quantum Mania” launching Phase 5, and “Guardians of the Galaxy. 3, and then The Marvels, Marvel confirmed that Phase 5 will end with their recently announced “Thunderbolts” movie, which will be released in 2024.

However, Marvel Studios did not stop there and provided a summary of Phase 6, the culmination of the Multiverse saga. While Marvel Studios president Kevin Feige has remained modest about many Phase 6 projects, some information has been divulged about Marvel’s huge plans for 2024/2025. While some things have been omitted, including no mention of mutants or X-Men for Phase 5 and 6, here’s everything that’s been revealed about the end of the second Marvel Studios saga at SDCC 2022.

Back in 2019, during their last appearance at SDCC, Marvel Studios confirmed that their own take on the Fantastic Four was in development. Since then, little is known about the project. John Watts, the director of Marvel’s Spider-Man: Homecoming trilogy, was originally supposed to be a director before leaving the project, citing a hiatus from making superhero films as his argument. This has led many to believe that SDCC 2022 will be the one when Marvel reveals casting news or information about a new film director. Although this information has not been disclosed, one thing that has been made public is the Fantastic Four’s place on the MCU list in the future. While many thought that the MCU’s “Fantastic Four” might be released in 2023, it was announced that the film would actually open Phase 6, which would be released in November 2024. This will give Marvel Studios more than enough time to find the perfect cast for the film, as well as to find a director who will launch the final phase of the Multiverse saga.

By far Marvel Studios’ biggest reveal at SDCC 2022 was the announcement of the next two Avengers films: Avengers: Kang Dynasty and Avengers: Secret Wars. This announcement means Marvel is somewhat in violation of the MCU norm starting with Phase 4, as it marks the first Phase in which the Avengers movie will not be released. This continues with Phase 5 before Phase 6 brings fans not one, but two Avengers movies in 2025. This makes sense for Marvel Studios, as Phase 4 acts as a buffer after the massive events of “Avengers: Infinity War” and “Avengers: Finale”. There’s also a Thunderbolts movie in Phase 5 that could replace the Avengers in some way by being a team movie.

Although, to compensate for the two phases without the release of The Avengers, Marvel Studios will present two Avengers films to fans in 2025. The first of the two was announced that “Avengers: The Kang Dynasty” will be released in May 2025. The second of the two, Avengers: Secret Wars, will be released in November 2025. The two films are expected to be closely related, given the very close release dates of the films. Initially, “Avengers: Infinity War” and “Finale” were planned to be released as a two-part film, before the Russo brothers decided to release them as two separate films. The close release dates of “Kang Dynasty” and “Secret Wars” may hint that the films consist of two parts, unlike “Infinity War” and “Finale”, since both Phase 6 and the Multiverse saga are coming to an end.

Kang will be the next Thanos-level threat in the MCU

As hinted in “Loki”, Kang the Conqueror is confirmed as Thanos’ replacement in the MCU, as evidenced by “Avengers 5” titled “Kang Dynasty”. While Loki introduced Kang as The One Who Stays, an alternate version of the Conqueror, Ant-Man and Wasp: Quantum Mania, as it turned out, marked the beginning of Phase 5, introducing Kang the Conqueror as the main villain of the film. However, this is important for Phase 6, given the year-long gap between “Ant-Man 3” and “The Avengers: The Kang Dynasty”. The title of the latest film confirms that Kang will most likely not be defeated in Ant-Man and the Wasp: Quantomania, but instead will become a villain from Avengers 5 shortly before the end of Phase 6.