Home Entertainment Everything we know about the Marvel movie “Fantastic Four” 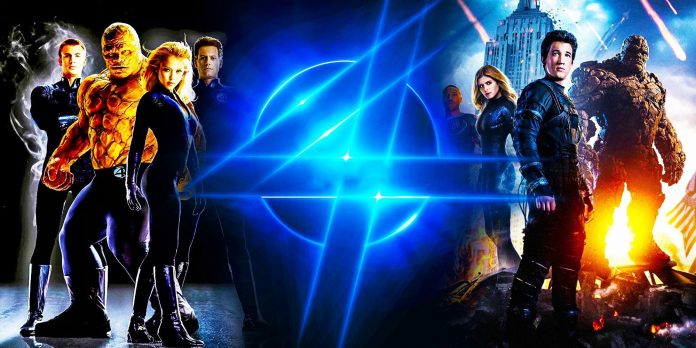 What’s the status of Marvel’s upcoming Fantastic Four movie? Marvel Studios confirmed an MCU Fantastic Four movie after years of anticipation and excitement about the former Fox characters joining the Marvel Cinematic Universe. Now, in the wake of 2022’s San Diego Comic-Con, the movie has an official release date.

Here’s everything we know so far about Marvel Studios’ upcoming Fantastic Four movie reboot. The movie’s release date is known, but there are plenty of other questions still to be answered. Foremost among these are who will be cast in the main roles and how the superhero team – consisting of Mister Fantastic, Invisible Woman, Human Torch, and The Thing – can be incorporated into the MCU.

It was confirmed at SDCC 2022 that Marvel’s Fantastic Four movie release date is November 8, 2024. COVID-related delays have seen the entire MCU slate of release dates in flux for the past couple of years, but Kevin Feige shared a new, comprehensive list of movie and TV projects all the way up to Phase 6. Fantastic Four is one of the latest movies on this new schedule, so it will be a while before more details are shared, but some elements have already been confirmed.

At one point, the Ant-Man series director, Peyton Reed, had expressed interest in directing the MCU Fantastic Four movie. Later, Spider-Man: Homecoming trilogy director Jon Watts was set to helm the project, but he backed out, citing disinterest in making more superhero movies. It’s currently unknown who will take his place, but Marvel has plenty of existing and established directors to choose from who will set the tone for the Fantastic Four franchise.

The new MCU Fantastic Four movie cast hasn’t been decided yet, but it’s a safe bet that past performers won’t be seriously in the running: Ioan Gruffudd (Mister Fantastic), Jessica Alba (Invisible Woman), Chris Evans (Human Torch), Michael Chiklis (The Thing), Miles Teller (Mister Fantastic), Michael B. Jordan (Human Torch), Kate Mara (Invisible Woman), and Jamie Bell (The Thing), are all unlikely to appear as their former characters in the MCU Fantastic Four. However, Marvel has created one interesting Fantastic Four casting wrinkle for themselves that doesn’t have a definitive resolution yet.

Fantastic 4 Will Kick Off Phase 6 Of The MCU

The scope of Marvel’s slate as of SDCC 2022 is huge, extending all the way through 2025. This covers the rest of Phase 4, all of Phase 5, and even the beginning of Phase 6, which will eventually culminate in two Avengers movies that wrap up the Multiverse Saga. The Fantastic Four movie is set to release after Thunderbolts, making it the first official movie of the MCU’s Phase 6. This could still change over the next few years, but it means that the Fantastic Four will have a pivotal role to play in how the next sweeping era of MCU stories concludes.

The New Fantastic 4 Won’t Be Another Origin Story

Having established the origin of the Fantastic Four heroes in the previous two versions, Feige has stated that he wants to do something different off the back of a very well-known backstory, confirming: “A lot of people know this origin story. A lot of people know the basics. How do we take that and bring something that they’ve never seen before?” Marvel took a similar approach to their iteration of Spider-Man, taking as given that audiences were fully au fait with how Peter Parker gained his powers, and it met with phenomenal success. It’s looking like there’ll be a similar approach when tackling the Fantastic Four movie, and, based on previous evidence, this is good news for Marvel’s First Family.

How Dungeons and Dragons 6E can Improve the 5E Ranger Class