Home Entertainment Everything we know about the Dragon House 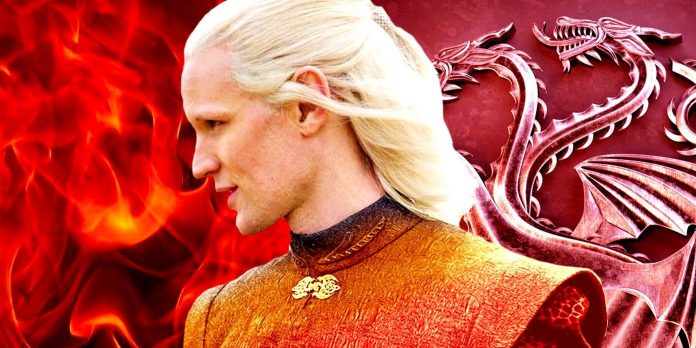 The House of the Dragon release date has been announced, as have a lot of story details, so there’s already plenty to catch up on about the upcoming Game of Thrones prequel show. After debuting back in 2011, Game of Thrones became one of the biggest TV shows in the world. While it came to a divisive end in 2019, the success of the series makes it unsurprising that HBO has been looking at several follow-ups, spinoffs, and prequels that will continue exploring the world of Westeros. Over a decade since Game of Thrones premiered, the follow-up prequel House of the Dragon is debuting in August 2022.

Even before Game of Thrones ended, HBO started putting several ideas into early development in order to keep things going, including a canceled GOT prequel set during the Age of Heroes. That received a pilot order, with Naomi Watts leading the cast, but the show – created by Jane Goldman (Kingsman) and George R.R. Martin – wasn’t picked up for a series. While the first attempt didn’t work out, HBO didn’t give up and instead moved forward with House of the Dragon. The prequel was given a straight-to-series order by HBO in 2019. Since then the trailer has arrived, and many Game of Thrones fans are eagerly anticipating the House of the Dragon premiere on HBO and HBO Max.

Related: Why Game Of Thrones Cut A Key Part Of Daenerys’ Backstory

House of the Dragon was co-created by Martin, who developed the series with Ryan Condal (Colony), and Game of Thrones director Miguel Sapochnik will serve as co-showrunner alongside Condal. It’s loosely based on parts of George R.R. Martin’s 2018 story Fire & Blood. Following House Targaryen, the prequel will be set hundreds of years before the events of Game of Thrones, and here’s what’s been revealed so far about the cast, story, and the House of Dragons release date.

House Of The Dragon Release Date

The House of the Dragon release date on HBO is confirmed for 2022, premiering on August 21st. Filming on House of the Dragon began in April 2021, and a teaser trailer for the series confirmed the 2022 release. The time between the start of filming and the show airing varied as Game of Thrones expanded over the years; for season 1, it was around eight months, but by season 8, it was roughly a year-and-a-half. Despite a temporary Covid-19 production shutdown, House of Dragons sat somewhere between the two. With a timeline of just under a year (production was announced as complete in February 2022), House of the Dragon will likely be larger in scale than the former but smaller than the latter.

House Of The Dragon Cast & Characters

Game of Thrones was celebrated for its actors, and the House of the Dragons casting is looking to repeat that success with another mostly British roster full of familiar names. Leading the way is Paddy Considine (Dead Man’s Shoes, Hot Fuzz, The Third Day) as King Viserys I Targaryen, who is chosen by the Great Council to be the new King of Westeros following the death of Jaehaerys I and goes on to rule for over 20 years. The rest of the main cast includes Matt Smith (Doctor Who, Terminator Genisys) as Daemon Targaryen, Viserys’ younger brother and a great warrior; Emma D’Arcy (Truth Seekers) as Rhaenyra Targaryen, the firstborn child of Viserys Targaryen in his first marriage, who becomes her father’s heir, and later marries her uncle Daemon; Olivia Cooke (Ready Player One, Sound of Metal) as Alicent Hightower, Viserys’ second wife; and Rhys Ifans (Notting Hill, Harry Potter and the Deathly Hallows) as Otto Hightower, Alicent’s father and the Hand of the King.

As the series will focus on the huge Targaryen civil war that befell Westeros, there are of course many Targaryens in House of the Dragon. Bethany Antonia is Baela Targaryen, and Phoebe Campbell is her younger sister Rhaena. Bother are daughters of Lady Laena Velaryon, portrayed by Savannah Steyn. Olivia Cooke’s Rhaenyra Targaryen has a son too, Prince Jacaerys Velaryon, played by Harry Collett. King Viserys’ first-born son Prince Aegon Targaryen is brought to the screen by Tom Glynn-Carney and is tipped to have a key role later on in House of the Dragon if it stays true to the source material. Viserys’ second son, Prince Aemond Targaryen, is played by Ewen Mitchell. Since many of the adult Targaryen and House Velaryon characters are confirmed to be dragon riders, fans can expect plenty of dragon action in House of the Dragon. In the show, 17 have been confirmed as appearing, each with its own distinct appearance and personality.

House of the Dragon’s supporting cast is rounded out by dozens of characters. Game of Thrones had a huge roster, and its prequel is no different. A few of the House of Dragons recurring cast include Sonoya Mizuno (Maniac, Devs) as Lady Mysaria, Rhaenyra’s mistress of whisperers; Steve Toussaint (Shooting Dogs) as Corlys Velaryon, who becomes Hand to Rhaenyra; and Eve Best (Nurse Jackie) as Rhaenys Velaryon, a dragonrider and Corlys’ wife. Newer cast members announced include Graham McTavish as Ser Harrold Westerling, Ryan Corr as Ser Harwin Strong, Jefferson Hall as Lord Jason Lannister/Ser Tyland Lannister, David Horovitch as Grand Maester Mellos, Matthew Needham as Larys Strong, among many more.

House Of The Dragon Story Details

Adapting parts of George R.R. Martin’s Fire & Blood book, House of the Dragon’s initial logline was that it would chart the beginning of the end of House Targaryen. The show isn’t going quite as far back as Aegon’s Conquest, which happened around 300 years before the events of Game of Thrones, but will instead chart the build-up to and fallout from the Targaryen Civil War known as The Dance of the Dragons, as well as chronicling the event itself. Although the rivalries and seeds of the civil war were planted during Viserys’ reign, it’s after his death that things take a greater turn, as Rhaenyra – Viserys’ chosen heir – has her claim challenged by Viserys’ son Aegon II, his child with Alicent Hightower who he had not made his heir to the surprise (and anger) of many. The initial season of House of the Dragon will heavily feature the rift that emerges between childhood friends Rhaenyra and Alicent. Combined with the aspirations of Matt Smith’s Daemon, this conflict sends Westeros down a path to all-out civil war, the ramifications of which are still felt centuries later by the time the events of Game of Thrones begin.

Related: Game of Thrones: Why The Show Cut The Books’ Biggest Targaryen Twist

House of the Dragon will also go back to explore Rhaenyra and Alicent’s youth (both have younger actresses cast alongside D’Arcy and Cooke), offering two different perspectives of historic Westeros, and it will also explore the Targaryens’ history. While House of the Dragon’s story will be more Targaryen-focused, many Game of Thrones houses and families return, and some less familiar names will feature, too. The Hightowers will have a big part to play, as will House Valaryon. Ancestors of the Starks and Lannisters will also appear. In House of the Dragon, The Iron Throne will be once again up for grabs, and the various Targaryen factions will likely have fierce competition. There’s plenty of scope for political machinations, family drama, and dragon-packed action in the Game of Thrones prequel story, so it’s understandable fans are eagerly awaiting the House of the Dragon release date of August 21st.

House of the Dragon premieres on HBO and HBO Max on 21st August, 2022