Home Entertainment Everything We Know about the Chicago Fire, Season 11 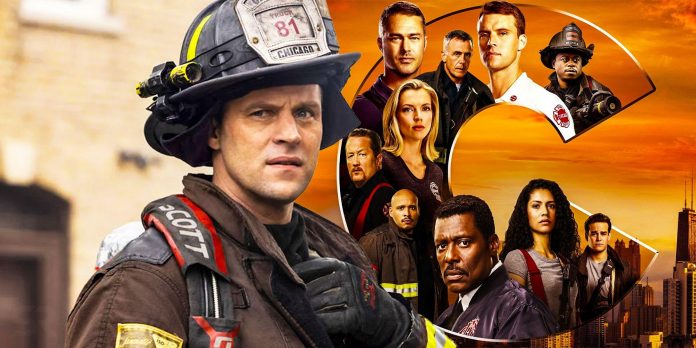 Warning! There are spoilers ahead for the 10th season of “Chicago Fire”.

“Firehouse 51″ will return in the 11th season of “Chicago Firefighters” after an exciting season 10 finale. The NBC series about firefighters ends its first decade with the long-awaited wedding of Stella Kidd (Miranda Ray Mayo) and Kelly Severide (Taylor Kinney). Despite the fact that the 10th season of “Chicago Fire” ended on a high note, the team of Chief Boden (Emmon Jacobs) may quickly have problems when it returns for the 11th season.

There were a lot of changes in Firehouse 51 in the 10th season of “Chicago Firefighters”. To begin with, Lieutenant Matthew Casey (Jesse Spencer) left Chicago and moved across the country to Portland, Oregon to take care of the children of his deceased best friend, which means that Kidd eventually took the vacant seat as the leader of Truck 81. Meanwhile, Ambulance 61 also underwent personnel changes after Brett (Kara Killmer) decided to take a long vacation to be with Casey. As a result, Violet Mikami (Hanako Greensmith) had to deal with the insidious Emma Jacobs (Caitlin Carver).

Extension of the 11th season of “Chicago Fire”

As one of the most popular shows on NBC, the broadcaster granted Chicago Fire a three-season extension near the end of season 8 in February 2020. This guaranteed the ninth, tenth and eleventh seasons of the NBC series produced by Dick Wolf. Thus, unlike many series awaiting an annual decision on renewal or cancellation, Chicago Fire was assured that it would last at least until season 11.

Actors of the 11th season of “Chicago Fire”: who will return?

It is expected that the main cast of characters will return in the 11th season of “Chicago Fire”. Led by Taylor Kinney, show veterans such as David Eigenberg, Eamonn Walker, Christian Stolte, Kara Killmer and Miranda Ray Mayo, among others, are ready to reprise their respective character roles. After Spencer’s departure, there is a chance that NBC will want to keep this core group for the foreseeable future.

The story of the 11th season of “Chicago Fire”: what is the ending of the 10th season

Kidd and Severide’s wedding was a great end to the first decade of Chicago Fire. After the celebration, the newlyweds immediately went to the place of their honeymoon. However, shortly before the full completion of the 10th season of Chicago Fire, a suspicious SUV parked in front of Kidd and Severide’s apartment, hinting at impending danger. Most likely, it has something to do with the drug transport that Severid stumbled upon shortly before they got married. The case has already been officially turned over to Chicago Police Intelligence, but it looks like Severide will still be linked to him in the 11th season of Chicago Fire.

The creator of Gravity Rush wants to bring the saga to...

Epic Games Would Accept Agreement With Apple To Avoid Lawsuit