Home Entertainment Everything We Know about Superman & Lois Season 3 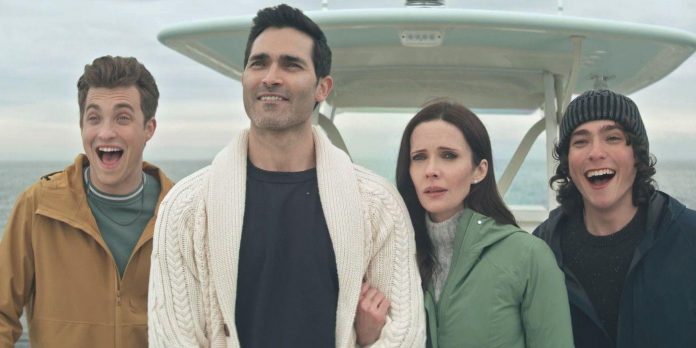 Warning: Below are SPOILERS for the finale of the second season of Superman and Lois.

The triumphant finale of the 2nd season of “Superman and Lois” caused heated speculation regarding the 3rd season of “Superman and Lois” and the future of the series. Curiously, “Waiting for Superman” has done much more to address the show’s current storylines than to lay the groundwork for the next season’s story. Despite this, there were a number of notable events that hinted at what was coming, including the introduction of Jack Kirby’s New Gods into the Arrow Universe.

To call the second season of “Superman and Lois” unpredictable would be an understatement. The 15-episode storyline contained many fabrications and deep cuts of the considerable knowledge contained in the classic Superman comics that inspired the series. The best example of this came early in the season with the apparent arrival of Doomsday, only to reveal a mysterious figure emerging from the mines under Smallville as Bizarro Superman. However, even this was a twist: Bizarro Superman was introduced as a hero seeking to save his world and the world of Superman and Lois from the true main villain of the season, cult leader Ellie Alston, who turned into a parasitic creature after merging with her. Bizarro is a doppelganger.

The biggest plot hook in the third season of “Superman and Lois” occurred in a short scene in which John Henry Irons (Will Parks) confronted ARGUS agent John Diggle (David Ramsey) during lunch at a diner in Smallville. Diggle offered Irons a secret folder and said he wanted to talk to him about Bruno Manheim, the gangster who ran the Intergang criminal organization. When Irons said he didn’t know anything about Manheim or Intergang, being a doppelganger from another Earth, Diggle explained that Intergang had apparently killed a version of John Henry Irons from his world, and he needed to find out why. It is based on two storylines from the first season of “Superman and Lois”; reports that Intergang becomes more active in Metropolis in the absence of Superman and the discovery that John Henry Irons’ doppelganger died under mysterious circumstances in 2015.

Given that Superman and Lois have a history of sudden turns and the appearance of unexpected villains, it would not be surprising if the introduction of Intergang could serve as a springboard for the transfer of Jack Kirby’s New Gods to the Arrow Universe. Kirby began imagining the characters and concepts that made up his Fourth World when he was writing and drawing Superman’s buddy Jimmy Olsen. Kirby’s conceit that a race of intergalactic villains can use ordinary criminals on Earth as proxies in their own great games introduced the villain Darkseid to the DC Comics universe, and he can do the same in season 3 of Superman and Lois. Darkseid, the most interesting new idea introduced in the third season of Superman and Lois, is the new Fortress of Solitude that Clark Kent created with his family in the final scene of Waiting for Superman. The new Fortress is more remote than the original, it is located on an island made of crystal somewhere in the Arctic Sea. Despite Jonathan Kent’s dry remark that only people who can fly can reach it, Clark assured him that this Fortress would somehow be accessible to their entire family.

When will Superman and Lois season 3 be released?

Although the third season of “Superman and Lois” has been confirmed, it is currently unclear exactly when it might air. Since the CW has already announced its schedule for the fall of 2022 and no shows about superheroes, except for season 3 of “Stargirl”, the series may air in early 2023. This corresponds to the pattern of previous years, when “Superman and Lois” premiered shortly after. the first year.

The 90-Day Fiance: The Times when Molly Hopkins Flaunted her Weight...

Bear and breakfast: how to create (and delete) rooms