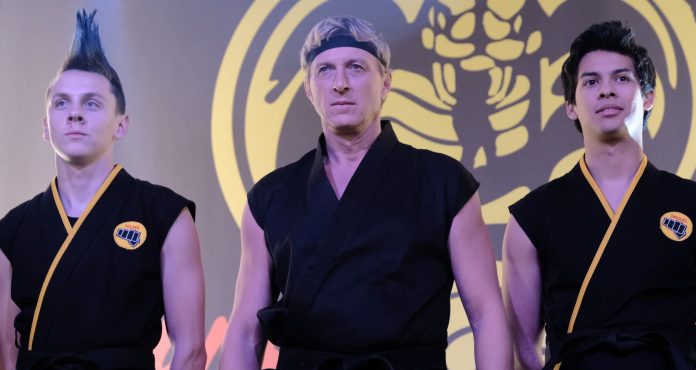 Cobra Kai season 3 only made the story even more explosive and left everything hanging in an exciting cliffhanger for season 4 to be resolved. But the good news is that the story is guaranteed to continue as it is ready to return.

When will it be issued?

Netflix renewed Cobra Kai for season 4 in October 2020. Executive producer Jon Hurwitz revealed that all the scripts for Cobra Kai season 4 were written, and on November 27, he commented that they were targeting January 2021.

While the production of Cobra Kai season 4 may be much slower than before, it is reasonable to assume that they may have an early release date in 2022.

What will be the plot for the fourth installment?

Just as Daniel and Johnny made amends, Cobra Kai season 3 ended with an even more outrageous act of violence when Kreese’s students invaded LaRusso’s home and got into a destructive fight.

This brought Johnny and Daniel into direct conflict with Kreese and directly set up Cobra Kai season 4, where all three dojos (Kreese’s Cobra Kai, Daniel’s Miyagi-Do, and Johnny’s Eagle Fang) will compete in the All Valley Karate Tournament. Under 18.

With Kreese’s Cobra Kai proving to be an enemy that neither Johnny nor Daniel can defeat on their own, the two rivals finally united their dojos, leaving for Season 4 an explosive tale.

See Also
Why Daniel travels to Okinawa in season 3

But can Daniel and Johnny with their students work together to defeat Cobra Kai? This is just one of the many questions that Cobra Kai season 4 will have to answer.