Home Entertainment Everything we can guess about the history of Final Fantasy 16 at... 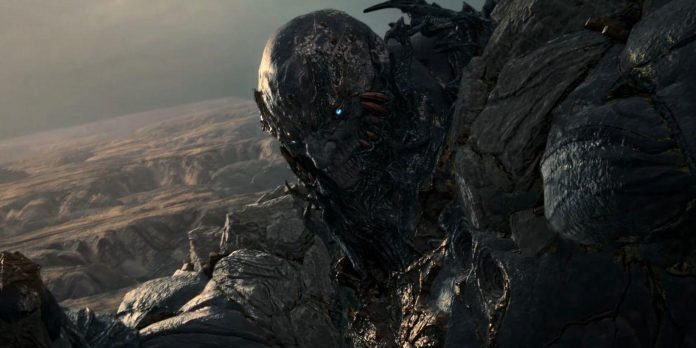 The latest trailer for Final Fantasy XVI was unveiled during the Sony State of Play event in June 2022, and it contained several intriguing hints about the game’s plot. FF16 is still a year away, but work on the plot has been completed, which means that Square Enix is free to hint at what will be in the game, without worrying that it will be changed later. FF16 is almost complete, but it still needs development time before it is ready for sale.

FF16 takes place in the land of Valistea, where the familiar summons from Final Fantasy are creatures of incredible power. In FF16, invocations are called eikons, and they can empower people known as Dominants. Dominants have the ability to transform into Eikons, which allows them to transform into giant monsters capable of crushing an entire army with their fifth. The dominants of Valistea belong to different peoples, and it seems that there is a balance between them that prevents the outbreak of war.

The official FF16 website, as well as two trailers presented for the game, provided a lot of information about the characters and the setting of the game. In Final Fantasy 16, the main role is played by a character named Clive Rosfield, and all the data published at the moment indicate that he will be the only playable character in the series, which was done only in the MMORPG Final Fantasy and Lightning Returns: Final Fantasy. XIII. Clive may be the focus of the story, but Valistea is a big place, and the FF16 story is much more than one swordsman.

The most obvious plot move shown in the trailers of Final Fantasy 16 is a timeskip. There are gameplay footage of a teenage version of Clive and an older version of Clive, suggesting that the FF16 story will start with a young Clive and move forward a couple of years. At the beginning of the story, Clive is 15 years old, and he acts as a defender of his younger brother Joshua, who is the Dominant Phoenix Akon. The trailers revealed that Clive can apparently use some of the Phoenix’s power to summon magical flames, but not to the same extent as Joshua.

FF 16 plot — Joshua is killed by an Ifrit, prompting Clive’s quest for revenge

Final Fantasy 16 characters Clive and Joshua are the sons of Archduke Rosaria, and the trailer shows their father being killed in front of Joshua. The FF16 trailer shows Joshua transforming into the Phoenix Akon and fighting the dark Akon Ifrit. It is mentioned that Clive goes in search of revenge, assuming that Joshua is killed in a battle with Ifrit, although revenge may also include his father. The latest FF16 trailer shows two versions of the Ifrit fighting each other, suggesting that there are dark and light versions of each Eikon, and not the Ifrit is one of a select group of dark Eikons. It is likely that Clive somehow gets the power of the Ifrit: perhaps he was secretly her Dominant all the time, or maybe he got her power in some other way. With his new power, Clive’s quest for revenge probably involves the dark Akon Ifrit and possibly his Dominant, if he has one.

The land of Valistea — the new world of Final Fantasy 16 — is home to massive Mother Crystals, which are crystals the size of mountains. The civilizations of Valistea are built around the Mother Crystals, as they produce ether, which is the source of magic. The official FF16 website mentions something called “Pestilence” that somehow threatens to cause a disaster that will destroy the world.

It is likely that the Foulness is related to the Mother Crystals, since they were repeatedly mentioned in the game’s promotional materials, which indicates their importance to the plot, since in Final Fantasy games, a reason was rarely needed to explain why magic exists in every world. . Perhaps the Pestilence affects the Mother Crystals and affects the amount of ether produced, posing a threat to the source of magic in the world and perhaps even to the Eikons themselves.

FF16 Story – Dominants must Start a War for Mother Crystals

Trailers presented by Square Enix showed many scenes in which the Akons and Dominants from Final Fantasy 16 fight each other. It has been confirmed that almost every nation has Dominants, many of whom hold leadership positions in their lands. If the Dominants are at war, then a world war or several large-scale conflicts have probably broken out. Perhaps the reason for this is Pestilence, as each nation goes to war to take control of other Mother Crystals in order to accumulate the remaining ether before it is depleted.

Why did the Witcher reveal the identity of the White Flame...