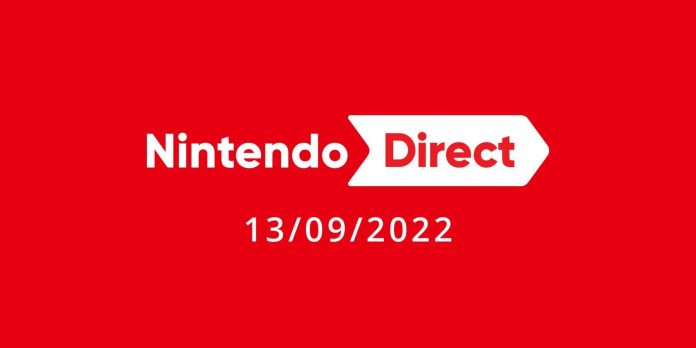 Unlike some other major publishers that host one major event every year, Nintendo prefers to keep its audience informed of the plans with several live broadcasts throughout the year. In September 2022, one of these live broadcasts took place, and Nintendo Direct was confirmed just a day before it took place after several weeks of speculation. On the eve of the event, fans were most expecting, according to rumors, ports of some classic Nintendo games, in particular, The Legend of Zelda and Metroid. Unsurprisingly, the more ambitious hope of many was to get more detailed information about the long-awaited sequel to Breath of the Wild, which is due to be released in 2023.

When the release of Nintendo Direct was announced in September, it was promised “40 minutes of information, mostly devoted to games for Nintendo Switch, which will be released this winter,” and it was done just that. The showcase was dominated by Japanese role-playing games, as well as a huge number of remakes, remasters and ports that will be released on the Nintendo Switch in 2022 and 2023. In particular, there were no ports of Metroid Prime, The Wind Waker and Twilight Princess, which were rumored. be at work. However, there is new information about the sequel “Breath of the Wild”. Nintendo Direct also presented a brief overview of the Mario + Rabbids games Sparks of Hope and Just Dance 2023, which have already been presented at Ubisoft Forward 2022.

The Legend of Zelda: Tears of the Kingdom

Although the remakes of The Wind Waker and Twilight Princess didn’t appear during the show, Zelda fans still had something to satisfy them. The final video of the event was the new trailer for the 2017 sequel Breath of the Wild, as well as the name of the long-awaited game: The Legend of Zelda: Tears of the Kingdom. The only new element of the gameplay was a new bypass feature — a large glider for Link. However, more importantly, the game finally got a release date – May 12, 2023.

Nintendo legend Shigeru Miyamoto appeared at the event with a segment dedicated to Pikmin. Miyamoto first promoted the Pikmin Bloom mobile game, an AR and GPS-based Niantic game similar to the team’s other game, Pokemon GO. But the more important news he brought was the official introduction of Pikmin 4, which will be released in 2023. This will be the first main game in the series since 2013. The teaser lasted only a few seconds, but Miyamoto confirmed the new low-perspective option and simplified controls. .

The newest part of the JRPG Fire Emblem strategic series has been announced and confirmed for January 20, 2023. Fire Emblem Engage will tell about the new main character Aleara, who wakes up from a thousand-year sleep at the beginning of the game. It looks like the game will retain some new mechanics from Fire Emblem: Three Houses, such as city management and relationship building.

The second entry in the Octopath Traveler series was confirmed for February 24, 2023. The game will feature eight new main characters in the Soloist world, which is entering a new era. Octopath Traveler 2 will also bring some new features, including different paths for characters depending on day and night cycles.

The first part of the series from 2014, Bayonetta 3 will tell about the famous witch faced with artificial biological weapons in a new story. In the trailer shown during Nintendo Direct, other characters also appeared — Luca, Jeanne and Viola. Bayonetta 3 is released on Switch on October 28.

In the spring of 2023, the Fae Farm farming simulator will appear as an exclusive for Switch, which will be an addition to the genre that continues to grow. The game brings magic to the genre by offering spells, a fantasy setting of Azoria and mystical enemies. It will also support up to four players in co-op, local or online.

The final clock feature of the theatrical rhythm

Theatrhythm Final Bar Line is the newest installment of a series of rhythm games based on Final Fantasy, which will be released on Switch on February 16, 2023. Nier, Octopath Traveler and Live A Live. It will also include a local co-op for two players and a competitive online game with up to four players.

Atelier Ryza 3: The Alchemist of the End and the Secret Key

Atelier Ryza 3: Alchemist of the End and the Secret Key, the next installment of the JRPG Atelier series, will be released on Switch on February 24, 2023. In the new adventure, Risa and up to 11 of her companions will explore islands across the ocean. .

10 facts about Professor Flitwick that only book lovers know