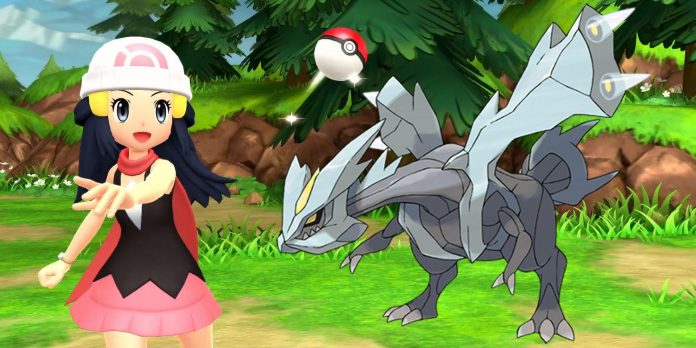 The remakes of Gen 4, Pokémon Brilliant Diamond and Shining Pearl, make a few mistakes that the remakes of Gen 5, Black and White, Black 2 and White 2 should avoid. Although the remakes of Gen 5 have not yet been confirmed, they are a logical next step, since they are the earliest generation that has not been remade at least one once. We hope that after the upcoming releases of Pokémon Scarlet and Violet on November 18, news about the next remakes will soon appear.

Pokémon Gen 4 takes place in the Sinno region, and Gen 5 takes place in Unova. In Diamond and Pearl, as well as in the BDSM remakes, players confronted the evil Team Galactic, which pursued the noble goal of rewriting reality. Instead, Pokémon Black and White had Team Plasma, which first intended to free all Pokemon before changing its goal to managing Unova in B2W2. Both are among the most evil teams in the Pokémon series, but are defeated by the characters of their games. As with most of the main games, the player will also challenge the Pokemon League and become a regional champion. Like Gens 1-3, Sinnoh is based in Japan, especially Hokkaido, the northernmost island, while Unova broke tradition by basing itself in the United States; primarily New York.

One of the most memorable things about Pokémon BDSM is its artistic style, which is a combination of miniature characters from the world of the first days of the series and three-dimensional characters from later games. The result was the cartoon style of chibi, which inspired many memes and caused a lot of criticism. The top-down view and compressed proportions worked with pixelated sprites, but are terribly inconvenient in the style of 3D graphics. The new art style that debuted in the Kalos region of Gen 6 was a significant improvement that was well suited to the new innovations that have been sweeping the series lately, such as open worlds that include Pokémon Scarlet and Violet. The Gen 4 remake in this style had a lot of potential, which was eventually squandered to bring back the classic point of view of the series.

The 5th generation Pokemon remake should not have a chibi style, but instead should include three-dimensional characters with a third-person view, which the series used in its new games. Gen 5 was the last one to have pixel sprites, so it’s possible that Game Freak will bring back the chibi style, but hopefully that won’t happen. There is no particular reason for the BDSM style to return, and looking at Unova from a new angle can make a big difference when it comes to the overall quality of remakes. It doesn’t have much to do with the world and the environment while remaining a remake, but it can still have a redesigned region more in line with the current era of games.

Players can dress up in Pokémon BDSM using outfits, but its character customization and other features don’t work. The choice of individual items of clothing is impossible, and hairstyles are tied to different outfits. This was a step back from the character customization in recent games like Sword and Shield, and especially in Pokémon Legends: Arceus, which was released shortly after the BDSP. Also, bulky HM moves like Rock Smash and Cut are back—albeit without the need to actually train these Pokemon player moves—and with them came breakable TM. Several new features, such as Pokemon followers, disappointed, as players could not have their partners outside of their pokeballs until they reached Hearthome City. Secret bases have also been downgraded due to the removal of decorations other than Pokemon statues, and now they serve to influence shelters in the Great Dungeon, rather than giving players their own space to customize.

Another way that Pokémon Gen 5 remakes can avoid the BSP bugs is to avoid downgrading its various features the same way they did. The customization of the characters in terms of clothing and hair should be brought more in line with the latest generations, as should the indestructible TM, and if the Pokemon followers return, they should be available immediately or much earlier than they were in the BDSP.

Season 2 of “Sandman” Gets an Exciting Update Ahead of the...