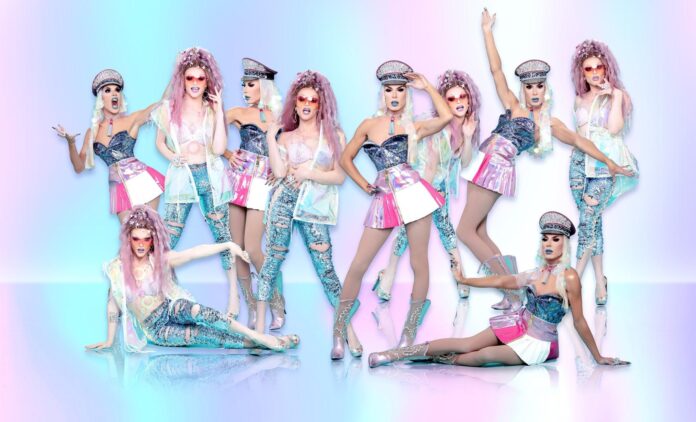 The fifth season of the popular reality show RuPaul’s Drag Race All Stars has started this week and with it will come new episodes that promise to drive fans crazy. Something that to be honest we will not see in any other program is its theme about drag queens that has achieved fame in an international level in a short time .

Something fans of the reality show were excited about is the fact that the cast of this fifth edition is made up of Ongina, Shea Coulee, Miz Cracker, Mayhem Miller, Mariah Balenciaga, Jujubee, India Ferrah, Derrick Barry, Blair St. Clair and Alexis Mateo.

The cast is confirmed by former participants who in their respective seasons proved to have great talent but not enough to win the competition, for this reason RuPaul invited them a second time to the program to give them another chance.

The fifth season begins in style

Participants will demonstrate to the public that they have what it takes to be inducted into the Hall of Fame alongside Chad Michaels, Alaska Thunderfuck, Trixie Mattel, Trinity The Tuck, and Monet X Change, the winners of the previous four editions.

Something that surprised us was that in its first episode, we were able to see all ten participants in the Werk Room . It is worth mentioning that they carried out a challenge that is much loved by fans of the show: “Reading Is Fundamental” , in which the participants criticize their colleagues in the best possible way.

$ 20 Trillion Indemnity Case Against China on the Ground that...