Home Celebrity Everything Kristin Cavallari and Jay Cutler Said about Returning to the Dating... 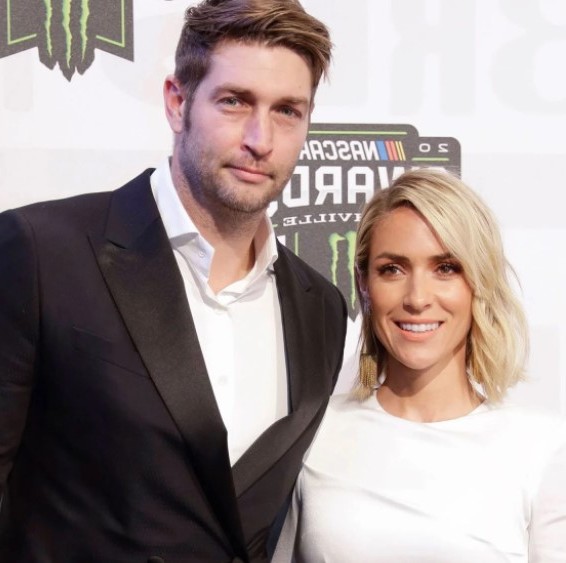 Showing people how it’s done. Since their breakup, Kristin Cavallari and Jay Cutler haven’t held back when it comes to their separate journeys to get back on the dating scene.

In April 2020, Cavallari and Cutler announced their decision to separate after almost seven years of marriage.

“We have nothing but love and respect for each other, and we are deeply grateful for the years we have lived, the memories and the children we are so proud of. It’s just a situation where two people are moving away from each other,” the couple wrote in a joint statement on Instagram.

When Cavallari and Cutler focused on co-parenting their three children, Camden, Jackson and Saylor, they both gave insight into their attempts to move on. In August 2021, the former Chicago Bears quarterback detailed how dating has changed since he was last single.

“The whole landscape has changed. There are apps, there’s Twitter, there’s Instagram, it’s a completely different ball game,” Cutler explained during an episode of his podcast “Uncut With Jay Cutler.” “You don’t just go to a restaurant or a bar and talk to someone. It doesn’t exist anymore.”

The Indiana native, who has been involved with Jana Kramer and Madison Lecroy, noted that there are “aspects that need to be taken into account” when he tries to start meeting new people.

Cavallari, however, later revealed that the separated couple initially tried to give their relationship one last try. “Jay and I actually went on a couple of dates, like months, months and months ago,” the Hills graduate shared on the “Off the Vine” podcast in October 2021. me more.”

For the reality TV star, trying again gave her the confidence she needed to give it up for good.

“The fact is that Jay and I are not getting divorced because of the loss of love, which made it really difficult because we were crazy about each other,” she added. “And so I just decided I didn’t want to be in a toxic relationship anymore, and I had to break it off.”

At that time, Cavallari also reflected that she was interested in narcissistic men. “So I’m like, ‘OK, I’m going to break this fucking cycle. What is it?” said the former Laguna Beach star, who dated Chase Rice for a while after she broke up with Cutler.

In April 2022, the founder of Uncommon James spoke in detail about the person she would like to see herself with. “Someone who is so comfortable in his own skin, who is stable and has his own shit. I want a nice, sweet guy,” she wrote during a Q&A on Instagram. “I’m done with narcissistic jerks, thank you very much.”

“Jay is still very attached to Kristin,” the insider said. “He still loves her very much and wants things to be different. They have a good upbringing together — he just wants them to still be together. He cares deeply about her.”

Scroll down everything the former couple said about their individual attempts to start dating:

After being linked to comedian Jeff Dai, Cavallari talked about dating someone new during her divorce.

“It was a moment. I had fun, you know? It was like I want to go public too,” she said during the “Scrubbing In” podcast. “[Jay and I] applied more than a year ago, and then it took me a minute, but then I met someone, and it was great. He was the perfect date guy after Jay. good. But right now I just want to be alone. And when the time comes, it will happen. I’m not going to force it.”

Reflecting on online dating, Cutler admitted that it was “damn hard” for him to find someone new.

“Meeting people is difficult. I think figuring out what people really want from you is probably a problem,” he said during his “Uncut With Jay Cutler” podcast. “Now I am at a different stage of my life with children. This is not just a purely selfish game on my part.”

During the questions and answers on Instagram, Cavallari noted that she does not rule out that she will have more children in the future. “I don’t necessarily want more children (my life seems very full— and busy! with my three children). However, if I met someone who doesn’t have children, I would think about it,” she shared then.

The graduate of Very Cavallari turned to social networks to talk about her personal life.

“You guys are so funny. This is the number one question I have. Oooh, let’s just start with that,” she replied to a question about dating during a Q&A on Instagram. “To be honest, it took me the last 2 years to cope with some difficult things. I’ve met a little bit here and there, but not with anyone seriously. I’m finally in a place where I’m ready for a relationship.”

The California native also teased that she was happy about what the future held for her. “Let’s put it this way: when you’re finally able to close the chapter completely, it’s amazing that you’ll start attracting,” she added.