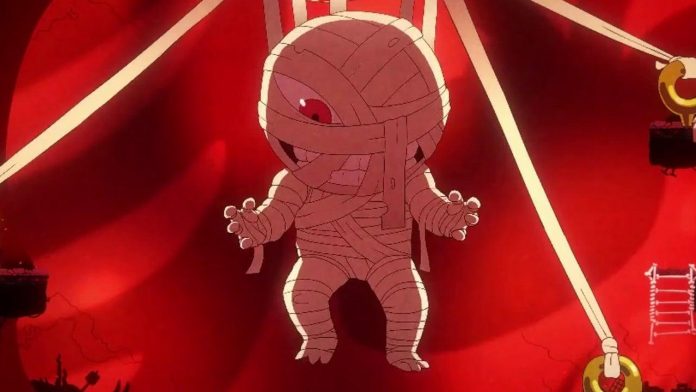 Guerrilla Collective is back again this year, and the latest new exhibition featured games from across the industry — and it brought together a whole bunch.

Below you will find more than 40 new trailers and announcements of games from Guerrilla Collective:

Ugly is a game that mixes elements of Braid, Celeste and psychological horror to create a grim puzzle platformer. It will arrive in 2023.

Rain World: Downpour is a new addition to the exciting platformer Rain World 2017. Five new playable characters were introduced: River (more capable of exploration, but with penalties for food consumption), Spearman (a slug that can summon spears), Saint (a pacifist character with a hook for capturing the tongue), Gourmet. and a Craftsman.

This surreal first-person shooter begins in East Berlin and then takes you to an alternate universe in the darkness of the Cold War with the addition of aggressive robots. It unexpectedly came out on the Xbox Series X/S and PS5 after the PC release last year.

Symphony of War – already out

In this tactical game similar to Fire Emblem, you play as a novice who must lead an army against a dangerous enemy in a war-torn country. She just came out on PC.

This new version of the classic brick-breaking arcade game will be released in October and will add several new modes. An online and split-screen multiplayer game, Versus mode, Neo and Retro versions, and even a 25-player battle royale. It will be released on PC, Xbox, PlayStation and Switch.

I was a teenage exocolonist – release date

“I was an exocolonist teenager” is a mixture of ideas, similar to a narrative simulator, survival, card game and life simulator. your future, whether you want to become an engineer, a nerd or a soldier, and every life decision changes how your life unfolds on a new planet.

This dark, very beautiful survival horror will be released on Nintendo Switch, Xbox One (including Game Pass), PS4 and PC on October 27.

In Time on Frog Island, you play as a shipwrecked man on a desert island, exploring and finding ways to repair his broken ship. The game will be released on July 12 on Xbox, PlayStation, Switch and PC.

This dark, strange open-world game with a view from above has received a curious new trailer in which the player immerses himself in the game. The developer of Strange Scaffold promises a meaningful choice, irreversible death, and even says that this is a new Strand game, a genre invented by Hideo Kojima. It will arrive on Steam on July 7.

Monster Outbreak is a pixel—based wave defense game in which players build structures to fend off waves of monsters — it will be released on PC on August 25.

A stealth horror set in a high school, Gravewood High has been available as a single-player game for some time, but a multiplayer update will be released this summer in which players will team up with surviving students… or they throw each other to a demonic teacher. haunts the halls.

Boundary, a tactical shooter that takes place in outer space with zero gravity, allows you to team up with other players in low gravity operations against enemy astronauts in battles that require no less skill in physics than in the possession of weapons. This is the beta version of this summer.

Alaloth is a mix of old—school and modern CRPG gameplay. After several years of development, the game will appear in early access on Steam and Gog on June 30.

This collection of first-person horror games is now published by Tinybuild, and a free demo version is already available on Steam. Each game features experimental gameplay inspired by PS1—era horror games, as well as SCP and Twilight Zone – and the trailer looks appropriately confusing.

Alterium Shift is a retro style role—playing game that seems to adopt some of Square’s 2D HD imagery of recent years. You will play as one of three heroes tasked with preventing a catastrophic conflict between the two worlds while they train, and a demo version will appear in the third quarter of 2022.

South of the Circle — Trailer for consoles and PCs

South of the Circle is a narrative adventure exploring the relationship of two Cambridge academics during the Cold War. The game is already available on iOS, now it will appear on PCs and consoles.

The action of this new adventure crafting game takes place on a mysterious island full of magical creatures and dangerous pirates.