Home Entertainment “Everyone is playing capture**” — When Jason Bateman Spoke Candidly About Working... 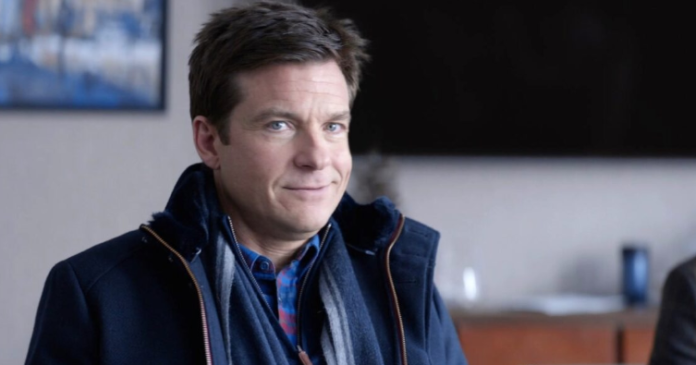 Longtime friends and colleagues Jason Bateman and Jennifer Aniston have always had common features. Their old wrinkles appeared not from age, but from a bucket full of fun and laughter. Amid all the joy and celebration as we approach Christmas, it’s time to return to the Christmas movie of both stars to relive their youth. Here’s the case of the stars who were once co-actors of an amazing Christmas party at the office.

The duo can barely contain their laughter when they are together. On top of that, filming the movie was, of course, a great challenge. In the film, Aniston plays a serious boss with a demanding, unflappable face. Bateman, however, has remained true to his cautious ironic character and plays a technologist dealing with a recent divorce.

Jason Bateman on his comic role with Jennifer Aniston at the office Christmas party
The film is about a boss (Aniston) who throws a legitimate party to get a client and save the day. However, everything gets out of control, and it ends with the audience almost rolling on the floor with laughter. Needless to say, the behind-the-scenes bloopers are really even funnier than the movie itself. Especially when Bateman himself once admitted to CNN about the comic role, saying: “I like that they are easier to do than dramas, because everyone plays capture ** before and after the action.”

On the contrary, he noted that there is a sense of seriousness in the dramas, since “everyone should show respect on the set.” And when it comes from the director of one of the most chilling and crime-soaked series of this year, “Ozark”, we know that we should not doubt it. On the other hand, Aniston, who is known for her unfading classic F.R.I.E.N.D.S character Rachel, couldn’t stop joking about the boss role.

Bateman also added that they don’t keep a serious expression on their faces. “We break up all the time,” he said. They also talked about their special techniques of Jason and Jennifer to suppress laughter. Some of them involved a sharp pinch of the nail or some actions causing pain, only to end up laughing even louder. Jennifer Aniston was last seen on the big screen in 2019. She hasn’t been on the news that often since. Nevertheless, Bateman has a lot of mega-hit blockbusters in line.

Office Christmas Party is a 2016 comedy that can now be viewed on FuboTV and FX.

How does the Solistia setting in Octopath Traveler 2 differ from...

Why doesn’t any One Piece anime character have an Eye Patch...