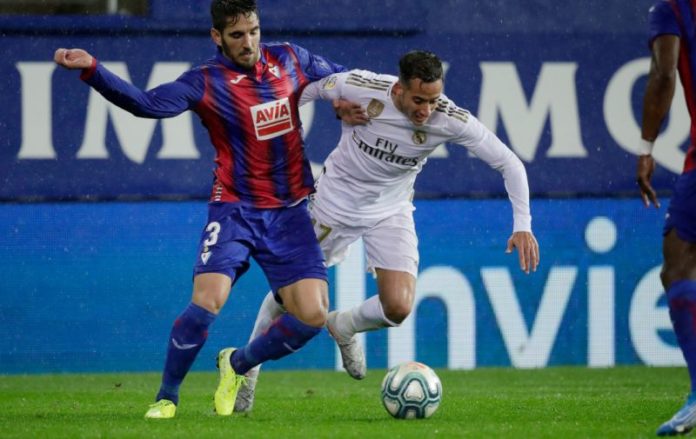 It was made official the eleven of Zidane and flood the social network par excellence of criticism (Twitter, of course) of mockery, memes, complaints, indignation and anger over the decision of the Frenchman to put Lucas Vazquez in the match against Eibar.

There has been a fixation with the Galician end for a long time and it seems that people have not fallen in that they had not played for a long time and even more without being a starter. Lucas is a good player to complete the rotation, for specific matches and he has more than met. He was not the best, nor did he clash, forcing a penalty and sparing no effort. Enough, this time.

Does this mean that you have to start more times, than play more minutes? No, absolutely not, but as a role player, end of staff, can contribute things.

The issue was that the presence of Galician in 11 in the field of Eibar eclipsed other great decisions that Zidane made yesterday. The best, without a doubt, to keep an increasingly important Fede Valverde as a starter. Leaving the goal aside, the Uruguayan continues to provide legs to a center of the field that only Casemiro had before. With the two next to you, you are seeing the best Toni Kroos. And in Ipurúa Modric it set its best performance of the season.

It is no accident that. The Kroos-Modric duo has dominated Europe for five years, but it has given too many signs that its moment has passed. Separately, however, helped by Casemiro and Valverde, they shine with their own light. And dominating the center of the field makes the top players shine and less trouble is behind.

More than 500 minutes Madrid have not conceded a goal and that is explained from their center of the field rather than looking at the defenders, who no longer reach them in a tromba. And above Hazard begins to shine, Benzema is still in a state of grace, Rodrygo makes triplets … and even Lucas now makes good games.

Zidane is finding his team and choosing well at all times, finally. Let no one forget that last year he lost 3-0 in a shameful white game. The road is now the right one.

Watch: Golf Broadcaster not a fan of 1 & Brutal Tradition