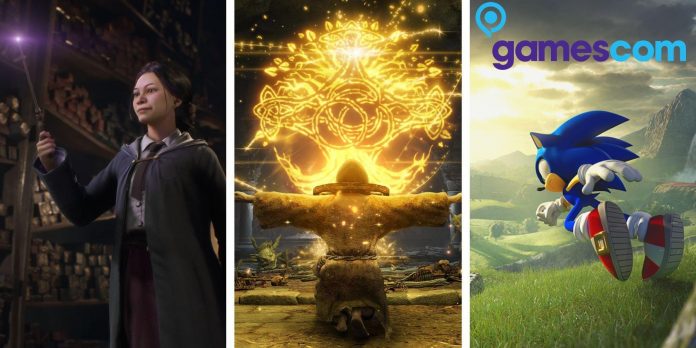 Gamescom is one of the biggest events of the year for gamers. The annual conference, held in Cologne, Germany, showcases some of the best industry publications, and this year will be no exception. Tomorrow’s Gamescom: Opening Night Live special event will contain most of the important announcements, but interesting updates should appear before the end of the week.

While many studios like to keep their announcements secret, some have already let fans know what to expect. Xbox, Sega, Ubisoft and other major players are expected to be heavily represented at Gamescom this year. It is expected that more than 30 games will already be presented, and, of course, there are even more surprises ahead.

Xbox will pave the way for Gamescom. According to the schedule published on the official Xbox website, Xbox will present games such as Microsoft Flight Simulator, Minecraft Legends, Sea of Thieves and Age of Empires 4, as well as several other games. Interestingly, with the recent purchase of Bethesda by Microsoft, there is no planned debut of Bethesda games, but Microsoft may postpone the unexpected announcement for later.

One of the biggest games confirmed on the schedule is Hogwarts Legacy, an upcoming open-world role-playing game set in the Harry Potter universe. The Hogwarts Legacy delay has caused some stir in the fandom, and Avalanche will be looking to restore confidence in one of the most anticipated games of 2023. It is expected that the new trailer and additional gameplay will be presented at the Gamescom branded exhibition.

Sega is another well—known publisher that has left its mark on Gamescom. The long-awaited open-world game Sonic Frontiers will receive a world premiere and, hopefully, a release date at the convention. As Sonic is experiencing a cultural renaissance thanks to recent films, Sega expects Sonic Frontiers to be its next big hit. Also confirmed for the Sega demo: Company of Heroes 3 and Soul Hackers 2.

It’s been a tough year for Ubisoft. Faced with numerous accusations of a toxic culture, Ubisoft has faced a negative reaction from the gaming community. Up to this point, he has been skipping all the major events, but will finally appear at Gamescom tomorrow. Ubisoft has already confirmed that Mario + Rabbids: Sparks of Hope and Skull and Bones will be presented, but fans are also hoping for announcements of the Assassin’s Creed franchise. Although it is not planned, it is doubtful that Ubisoft will return to the convention without news about its most popular title.

THQ Nordic also has an impressive lineup planned. It will include AEW: Fight Forever, SpongeBob Squarepants: The Cosmic Shake, Tempest Rising, Outcast 2: A New Beginning, Alone in the Dark, Wreckreation and The Valiant, each of which was presented at THQ Nordic’s own presentation earlier this month. . Fans will also see the latest look at SpellForce: Conquest of Eo, which was noticeably absent from its presentation.

Thanks to the success of Elden Ring, Bandai Namco has quickly become one of the fastest growing publishers in the industry. It is not reported which games will be presented, but many fans expect the appearance of DLC extensions for Elden Ring. Bandai Namco also has several games that will be released before the end of the year, including Dragon Ball: The Breakers and Gundam Evolution, which will probably also be promoted at Gamescom.

Gamescom is the best fit for PLAION, recently renamed from Koch Media. New issues of Saints Row are coming out tomorrow, just a few hours before Opening Night Live, and will be widely presented by the publisher at its exhibition. The first reviews of Saints Row were unfavorable, but the studio will undoubtedly try to cause a stir about the return of the once beloved series.

There won’t be a couple of well-known studios. Nintendo will not participate in Gamescom, instead opting to present games at several smaller conventions. Playstation will also not be presented at the exhibition this year. However, fans can still expect plenty of games for both platforms to be unveiled tomorrow when Gamescom: ONL starts at 2 p.m. EASTERN STANDARD TIME.

Starfield Promises Over 100 Hours Of Gameplay