Home Entertainment Every video game for Xbox Series X|S and Xbox One will be... 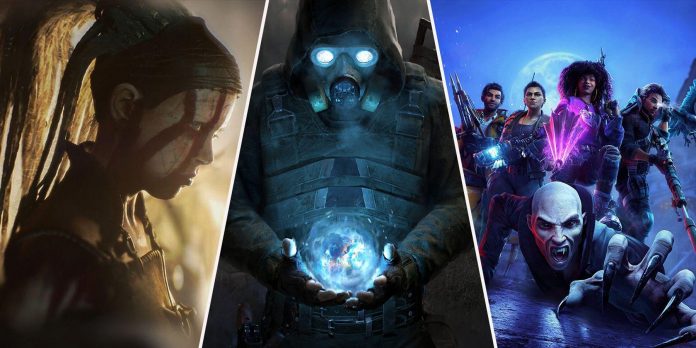 As the Xbox Series X/S slowly approaches its two-year anniversary, the Microsoft platform is gradually accumulating a respectable library. Consoles, as a rule, do not begin to flourish until the second half of their existence, when cross-gen ceases to be a priority, and developers can focus exclusively on developing projects only for the most modern systems. The Xbox Series X/S hasn’t reached that point yet, although things are moving in that direction.

So far, several stellar games have been released in 2022, especially in the open-world genre. Elden Ring, Lego Star Wars: The Skywalker Saga and Tiny Tina’s Wonderlands are all good and offer completely different experiences from each other. While major releases have slowed since the end of March, that should change as 2022 continues, with games like Saints Row, Gollum, Gotham Knights, Modern Warfare 2 and Starfield due out by the end of the year.

What are the best games for Xbox Series X/S and Xbox One planned for 2022 or later?

Please note that the focus is on the release dates of games for Xbox Series X/S and Xbox One in North America. Extensions will also be listed.

Updated August 2, 2022: No new games have been added to the scheduler in the last week. However, Xbox Series X/S owners have something to expect in the coming months. August is not so full of projects, but September and October are a completely different story.

August 2022 Games for Xbox Series X/S and Xbox One

At the moment, Summer’s heart doesn’t seem to be ready to release too many major releases. However, August still has its share of exciting games, including Two Point Campus. This management simulator should be based on the extremely solid foundation of Two Point Hospital, so it’s a title that fans of this niche genre should keep an eye on.

The biggest Xbox game in August is Saints Row, a game that looks like it will reboot this open—world franchise. Saints Row 4 pushed the series as far as possible by introducing an alien invasion and superpowers; hence, a fresh start proved to be the only way to revive this license. So far, the direction of the reboot has caused mixed reactions from fans, but there is hope that it can open up an exciting new era for the Saints.

The rest of the month is defined by small but potentially great games like SD Gundam Battle Alliance, Fallen Legion and Tinykin.

September 2022 Games for Xbox Series X/S and Xbox One

Despite the fact that several big games are planned in the middle of summer, September 2022 looks like it will be a turning point for releases. The month begins with the release of Jojo’s Bizarre Adventure: All-Star Battle R, a game based on the popular manga and anime. NBA 2K23 is a huge deal for fans of the franchise, and the basketball simulator is likely to be among the best—selling games of 2022.

Metal: Hellsinger looks ready to fill the void left by Doom, and the first-person shooter adds intrigue by synchronizing gameplay with music. The Evil West Flying Wild Hog has a stunning Western aesthetic and intuitive combat, and this could be one of the most pleasant surprises of the year.

What is the Mysterious Cave Code in Fallout 76?

The director of “Avengers: Kang Dynasty” will be Destin Daniel Cretton...