Home Entertainment Every PS1 game with more than one disc 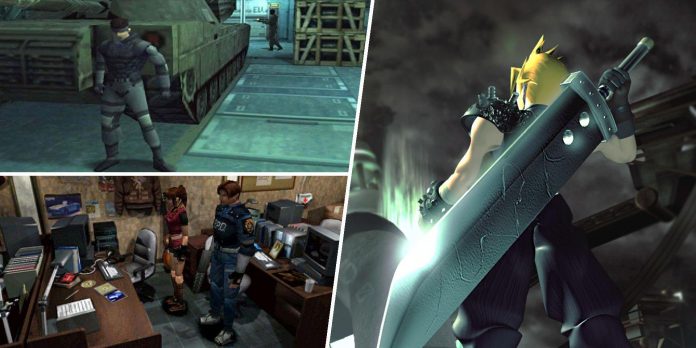 At some point during the development of the original PlayStation, Sony made the decision to switch from cartridges to optical discs. Not only did this make the cost of producing games significantly cheaper, but it also drastically increased the amount of storage space available to developers, with each disc capable of holding 700MB of data, which was more than ten times the storage on a standard N64 cart.

RELATED: The Most Underrated PS1 RPGs

Despite the huge increase in storage though, some developers still needed more, which led to numerous PS1 games being released on multiple discs. In North America alone, there were more than 50 such titles, with each one coming in a special multi-disc jewel case. For collectors looking to make sure they’re not being duped or those who are curious about the console’s history, these are all of the North American PlayStation 1 games that came on more than one disc.

Every PS1 Survival Horror Game with More than One Disc

Horror fans really were spoiled for choice back in the nineties, with plenty of fantastic survival horror franchises besides just Resident Evil. Of course, Resident Evil 2 is one of the many PS1 survival horror games with multiple discs, though it’s far from the only one. Parasite Eve and Parasite Eve 2 each has four discs, while Fear Effect and Fear Effect 2: Retro Helix boast eight between them. Koudelka is another PS1 game with four discs, though it could perhaps be argued that it’s more RPG than survival horror.

Every PS1 RPG with More than One Disc

RELATED: PS1 RPGs That Are In Dire Need Of A Remake

When people think of PS1 games with multiple discs, the system’s three mainline Final Fantasy titles are usually the first to spring to mind. Final Fantasy VIII and Final Fantasy IX each boasts four discs, which is the same number as Sony’s much-loved JRPG title, The Legend of Dragoon. Other notable examples of PS1 RPGs with more than one disc include Chrono Cross, Xenogears, and the two Lunar games, Lunar: Silver Star Story and Lunar 2: Eternal Blue.

Every PS1 Third-Person Action Game with More than One Disc

With 3D technology still very much in its infancy, most action games from the nineties tended to use a third-person perspective rather than first. Due to the games’ linear nature, most were able to fit onto a single disc, though there were still a handful that needed more than one. The most notable of these is definitely Metal Gear Solid, with disc 2 beginning shortly after the player’s second encounter with Sniper Wolf. Another multi-disc PS1 game that emphasized stealth was Syphon Filter 2, although neither the game nor the series it belongs to had quite as big an impact as Hideo Kojima’s masterpiece.

Every PS1 Adventure Game with More than One Disc

Prior to the release of the original PlayStation, the adventure game genre had reigned supreme. Due to some of the difficulties that arose when trying to translate the genre’s point-and-click control scheme over to a mouseless system, however, it slowly began to fade away, with fewer and fewer releases as the nineties came to a close. Even so, that didn’t stop Riven: The Sequel to Myst from becoming the PS1 game with the most discs (five), with Juggernaut (three), Chronicles of the Sword (two), and In Cold Blood (two) also requiring more than one 700MB disc.

Every PS1 Interactive Movie with More than One Disc

One of the biggest advantages of the switch from cartridges to discs was the huge increase in storage. It may not seem like much by today’s standards, but 700MB was a lot of space back in the day and developers soon realized that they could use this increased storage to include full-motion videos in their games. Not only did this lead to the popularization of FMV cutscenes and, with it, narrative-driven video games, but it also caused a huge increase in the number of interactive movie games. These included Fox Hunt and Psychic Detective, both of which required three discs in total.

Every PS1 Sci-Fi Shooter Game with More than One Disc

While SNES and N64 owners were enjoying Nintendo’s fantastic Star Fox games, PS1 owners had to make do with the likes of Colony Wars and G-Police. Neither was terrible, though when compared to Star Fox and Star Fox 64, they weren’t exactly great either. Thankfully, towards the end of the console’s lifecycle, players did get a few more options, the picks of the bunch being Star Wars: Rebel Assault II – The Hidden Empire and Wing Commander IV: The Price of Freedom, which, like its predecessor, came on four game discs.

Every Other PS1 Game with More than One Disc

Given the breadth of content that each one has to offer, it shouldn’t come as too much of a surprise to learn that the PS1’s three Command & Conquer games each require two discs. That Driver 2 and Gran Turismo 2 also come on more than one disc is a lot less predictable, however, as too is the multi-disc nature of Rival Schools: United by Fate. Like the aforementioned Command & Conquer games, it comes on two discs, making it the only PS1 fighting game to need more than one disc.

Lindsay Lohan and her husband Beder Shammas smile during a romantic...