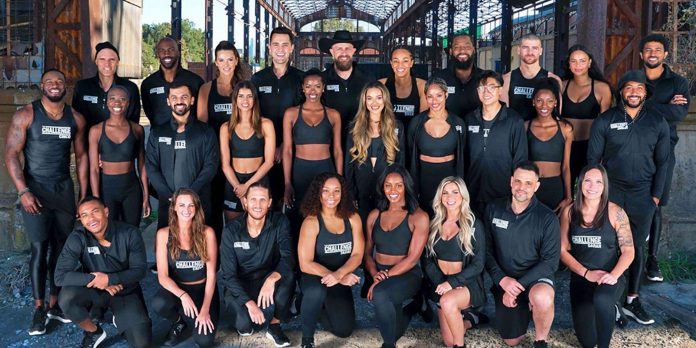 CBS is going to bring drama, entertainment and sports when The Challenge USA premieres on July 6. The special season of The Challenge will even feature three graduates of The Amazing Race. Since the show debuted in 1998 under the title “Rules of the Road: All Stars”, “The Challenge” has expanded significantly and now includes many new and returning reality TV stars.

Challenge USA, the latest spin-off of The Challenge, will feature 28 participants. These participants will fight not only for the title of Challenge Champion, but also for a cool $500,000 grand prize. Each player will start with $1,000 in his personal challenge account, which he can constantly increase by defeating others in a series of challenges that require physical and mental effort.

While the first seasons of “Challenge” decades ago selected only actors who had previously been featured in “The Real World” and “Rules of the Road,” “Challenge USA” consists of fan favorites from the popular reality shows “Big Brother,” “Survivor,” “Love Island” and “Amazing”. Race. It’s not just reputation that’s at stake, that’s what interested fans of the upcoming series need to know about the three graduates of The Amazing Race who are going to return to their reality competitions.

James and his husband, the graduate of the show “America’s Next Top Model” Will Jardell, won the 32nd season of the series “Amazing Race”. The duo joined an alliance called Mine Five and controversially but effectively shared the answers with other teams. In the end, James and Will crossed the finish line and not only won a $1 million cash prize, but also got engaged. James and Will later got married in December 2021.

Leo Temori and his cousin Jamal Zadran participated in the 23rd, 24th and 32nd seasons of The Amazing Race. Although Leo and Jamal weren’t too popular while participating in The Amazing Race, their reputations improved for the All-Stars and the 32nd season. Thanks to their shared experience and avoiding U-turns, Leo and Jamal made it to the final stage of each season. Unfortunately, their constant problems with direction led to their downfall, and the duo never finished above third place. With the result 0-3, Leo is no doubt ready to finally win.

Kayla Platt and her friend Raquel Moore took second place in the 33rd season of The Amazing Race. Two flight attendants, who were also fired due to the COVID-19 pandemic, were underestimated by other teams at the beginning of the season, but quickly proved their abilities. Kayla and Raquel finished in high places for 33 seasons, but struggled to complete the last memorization task, which ultimately cost them the winning title and $1 million.

The participants of the “Amazing Race”, as well as those who compete in the “Challenge”, are usually pushed to the limit of their abilities, which means that James, Leo and Kayla can easily take part in the “USA Challenge” with natural advantages. Regardless of whether the three form an alliance or get closer to other reality TV stars, viewers will be watching the performances of James, Leo and Kayla.