Home Entertainment Every mobile game on Netflix is really worth playing 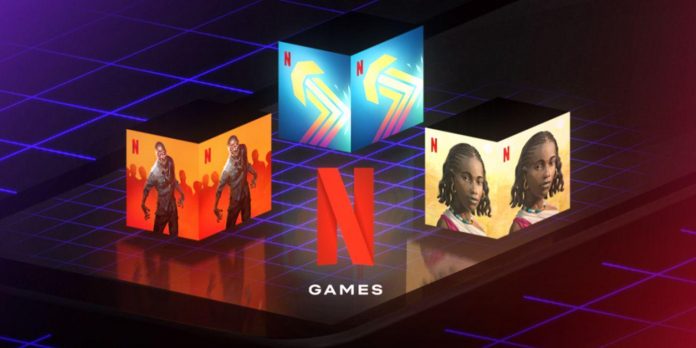 A variety of mobile games are available to play on the Netflix app, and some of them are highly enjoyable. There are 41 games that will eventually be available on the app, including the 19 titles that were recently announced during the Geeked Week event. All of the games that are available or coming soon are free for subscribers, and there are no ads or frustrating microtransactions to deal with.

Netflix has several subscription plans that will all give players access to the mobile games section. The plans range from basic to premium and cost between $9.99 and $19.99, and every plan includes access to games via the mobile app. With nearly 20 new games being added this year and next year, it may be worth starting a Netflix subscription, especially for those that are familiar with some of the streaming service’s popular shows. Games based on titles like The Queen’s Gambit and Too Hot to Handle will be added to the mobile app soon, while others, such as Stranger Things: 1984, are already available.

Related: Trivia Quest: Everything To Know About Netflix’s New Game

Some of the games that Netflix offers are traditional mobile games without anything that really makes them stand out, but they are still ad-free and good for passing the time. While a lot of the games offer casual fun, other titles have complex narratives and interesting characters. The longer or more complex games also offer an immersive experience without the need for microtransactions to progress. There are plenty of great games that are already available and more coming to Netflix later this year or early next year.

One of the newer games on Netflix is Poinpy, a platformer that features unlocks, perks, and colorful creatures. Poinpy, the titular character, can be controlled by swiping in the opposite direction of where the character needs to jump. While playing, there are different items to collect and perks to unlock. There are also monsters to avoid while attempting to reach new heights. The background music is quirky and sounds similar to an upbeat K.K. Slider song from Animal Crossing. This latest addition to the Netflix mobile game lineup is fun, addicting, and full of vibrant creatures.

Spiritfarer Is Coming Soon To Netflix

Netflix recently announced that Spiritfarer, known for its many Easter eggs, will be available on its mobile app. The game was previously released for Xbox One, PlayStation 4, Nintendo Switch, and PC. This indie adventure game follows Stella and her cat, Daffodil, as they sail the sea to help spirits by fulfilling their final wishes and ferrying them to the Everdoor. Picking up more spirits and gathering resources will lead to ship expansions, which become necessary to fulfill the passengers’ final wishes. There are more than 20 hours of content to play through with Spiritfarer, and the chance to get it for free on Netflix is one that shouldn’t be passed up.

There are two games based on Netflix’s highly successful series, Stranger Things. The mobile games follow stories inspired by the series and take place across several chapters. Stranger Things: 1984 has eight playable characters, while Stranger Things 3: The Game is played with 12 and includes multiplayer capabilities. The sequel is one of only a few Netflix games that have multiplayer, and it enhances the overall experience of trying to save Hawkins.

Related: What D&D Could Be Planning For Vecna After Stranger Things

Both games have a retro art style reminiscent of SNES titles, and it makes them fit in with the 80s aesthetic of the show. For those familiar with the series, there are a lot of references to discover, including Eggo collectibles. However, the games are still enjoyable for players who haven’t watched the series, and they provoke feelings of nostalgia for anyone that played 8-bit games.

There aren’t many multiplayer video games currently available on the Netflix mobile app, but Exploding Kittens – The Game is a fun way to connect with friends or even random players. The game consists of a finite number of cards in the deck and a few different categories that determine what the cards do. For example, the Exploding Kitten cards can only be countered with a card in the Diffuse category. There are also Attack cards, Skip cards, and others that can be combined to steal from an opponent’s hand. The matches move pretty quickly, so Exploding Kittens – The Game is great for getting a quick round in with a friend without it being time-consuming.

Netflix’s Too Hot To Handle Is Getting A Mobile Game

In most cases, mobile dating sims have dialogue options that need to be unlocked using currency only attainable through microtransactions, and it’s the worst feature. This is not the case with Netflix’s Too Hot to Handle, which is based on a reality show of the same name. In the show, contestants have the chance to win money if they refrain from getting intimate with their fellow participants. For each transgression, some of the prize money is taken away. The mobile game allows players to experience the drama firsthand as they try to win the largest amount of prize money while still making connections with the other contestants. Although this game may not appeal to everyone, the option to choose any path without having to spend real money is a big draw and makes it worth trying once it’s released.

Raji: An Ancient Epic Is Coming Soon To Netflix

Another one of Netflix’s new titles coming soon is an adventure shaped by Indian mythology, Raji: An Ancient Epic. Raji’s journey revolves around rescuing her brother, Golu, from the demons that kidnapped him. As she gets closer to saving the only family she has left, she becomes more formidable, but so do her enemies. This title was originally released in 2020 for PlayStation 4, Xbox One, Nintendo Switch, and PC. The addition of a mobile version adds some convenience for those that want to play on the go. There are about six hours of content to play through in Raji, making it one of the longer games coming to Netflix this year.

Netflix Is Getting Before Your Eyes

Originally released as a PC adventure game in 2021, Before Your Eyes is an excellent narrative experience coming to the Netflix mobile app, and it’s set to release sometime in July 2022. The story follows Benny Brynn after he’s rescued from the sea by a Ferryman. Benny isn’t able to speak or even gesture, so he communicates by blinking, and the Ferryman wants to bring Benny to the Gatekeeper to be judged. Throughout the journey, more information is revealed about Benny’s past through gameplay. This unique game uses the device’s camera to track the player’s eye movements in order to progress the story.

Into The Dead 2: Unleashed Is An Action-Packed Shooter On Netflix

Netflix’s first FPS game is Into the Dead 2: Unleashed, where players have to fend off hordes of zombies while they make their way through different environments. The game teases weapon variety and zombie-laden maps with diverse settings to traverse across multiple chapters as waves of the undead attack. A few different playstyles are supported depending on the type of ranged weapon players prefer. As the first FPS game on Netflix, this recently added title is paving the way for future shooters to be added to the mobile app.