Home Entertainment ‘Every masterpiece has its cheap copy’ – There is a shot! KFC... 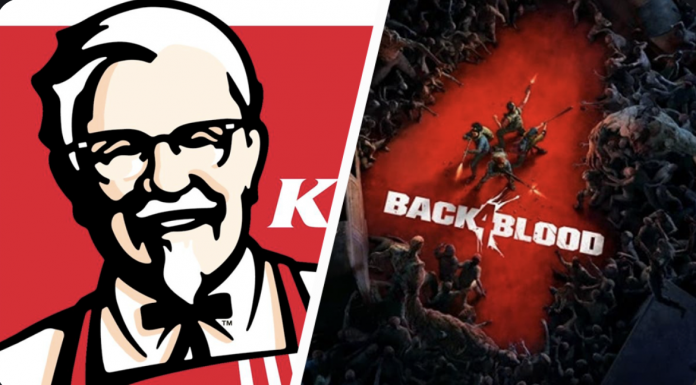 The arrival of an expected spiritual successor
Back 4 Blood, the new cooperative zombie shooter developed by Turtle Rock Studios, was released on October 12. The creators of Left 4 Dead returned to this genre after 12 years, so the excitement for this game was on the heights.

Because it is a spiritual successor to L4D, the comparisons between Back 4 Blood and this beloved title could not be absent. As always, there are mixed opinions, with some fans saying that it is a very good comeback, while others argue that it is a ‘cheap copy’. But we would never imagine that a recognized brand would enter the debate, much less a food one.

Back 4 Blood vs KFC, the fight we never expect to see

Everything seemed to pass normally in the world of Twitter when out of nowhere, the KFC Gaming account shared a tweet. In this one, a text says: “each masterpiece has its cheap copy”, which is accompanied by a couple of images, side by side, of Left 4 Dead and B4B.

Of course this did not end there, as the official Turtle Rock Studios account decided to respond to him. The developers of Back 4 Blood shared the image of the b and accompanied it with a phrase: “11 herbs and spices, and they still have no taste”, in a clear reference to the secret recipe for fried chicken.

11 herbs and spices, and still no taste. pic.twitter.com/wl5YsEmVmu

Of course, both tweets received a lot of responses, the one from KFC, for the most part, received some criticism for its sudden and unprovoked attack. For its part, the one from Turtle Rock had mixed responses, with some continuing the attack while others showing support.

The uproar that ensued was so great that even Insomniac Games, creators of Ratchet and Clank, tweeted in favor of the studio behind Back 4 Blood. In a response the PlayStation studio wrote: ‘Hey, we think you’re great <3’. Do you think other big names are coming into this dispute?

Mark Skinner Reacts to United’s Victory Over The League Leaders