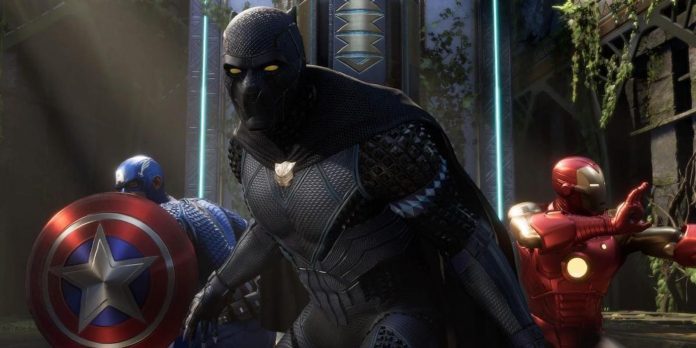 Marvel’s Black Panther is one of the most recognizable comic book superheroes – a Juggernaut, thanks to which he has often appeared in many video games. As the ruler and protector of Wakanda, King T’Challa is both the leader of his people and the protector of the world. The highly developed African nation of the hero is also one of Marvel’s most beloved action locations, where Black Panther and Wakanda almost always appear hand in hand. Recently, there were rumors that an open-world video game “Black Panther” is in development, but the hero has already appeared in many interactive Marvel projects.

Black Panther first appeared on the pages of Marvel Comics in 1966, and in the following decades its popularity only grew. Widely regarded as the industry’s first African superhero, T’Challa debuted several years before other black heroes such as Marvel’s Falcon and DC Comics’ Jon Stewart. Although he first appeared as an ally of the Fantastic Four, Black Panther quickly joined the prestigious ranks of the Avengers and got his own storylines in the Jungle Action series. Since then, T’Challa and his country of Wakanda have appeared in numerous adaptations, including the masterful portrayal of the character by the late Chadwick Bozeman in the Marvel cinematic universe.

The company’s vast and colorful comic universe has inspired many Marvel video games over the years, allowing players to become Earth’s greatest heroes and their iconic villains. In a series of role-playing fighters Marvel: Ultimate Alliance fans can form a squad of their favorite characters, and in such fighting games as Marvel vs Capcom, Marvel superheroes will fight each other or Capcom game legends. The Marvel’s Spider-Man series from Insomniac and the Marvel’s Guardians of the Galaxy space epic from Eidos-Montreal have recently breathed new life into the Marvel gaming brand. These titles have allowed fans to try on the role of the most beloved superheroes in the world, and Black Panther obviously ranks first on this list.

Black Panther Pulls a Miracle: The Ultimate Hat Trick of the Alliance

Due to its huge popularity, Black Panther appeared in all three games of the Marvel: Ultimate Alliance series. Role-playing games allow T’Challa to join forces with other superheroes to protect the world from threats such as Doctor Doom and Thanos. Marvel: Ultimate Alliance 2 introduced Wakanda as a great level for players, where T’Challa fights the forces of The Fold as a downloadable hero. The famous African nation is also back in Marvel: Ultimate Alliance 3, although this version of the setting is considered less impressive. A series of action-role-playing games successfully conveys the dexterity and strength of the ruler of Wakanda, which makes him a useful addition to any command staff.

Black Panther has left its mark on MMO and mobile games

The Marvel Comics brand has inspired the creation of many different types of video games, from narrative single-player adventures to social online adventures. Black Panther has appeared in many of these online games, from the kid-friendly MMO Marvel Super Hero Squad Online to the game Marvel: Avenger Alliance for Facebook. The mobile role-playing game Marvel: Future Revolution does not include Black Panther, but a mighty warrior can be played in similar projects, such as Marvel Contest of Champions, Marvel Future Fight and Marvel Strike Force. These games don’t allow T’Challa to run through the jungles and plains of Wakanda, but they do allow fans to take the Black Panther mantle with them wherever they go.

LEGO video games from Travelers Tales are a huge number of heroes to play for, and LEGO Marvel games are no exception. LEGO Marvel Super Heroes 2013 turned the Black Panther into a charming plastic fighter. Players have unlocked the fearless feline superhero by completing a side task in which they helped him find a lost cat. T’Challa then returned to both LEGO Avengers and LEGO Marvel Super Heroes 2 as DLC, with the latter project also allowing players to explore a cube-based recreation of Wakanda.

In these performances, the King of Wakanda looks the most cheerful because of the carefree nature of the LEGO family vacation game line Travelers Tales. John Eric Bentley voiced T’Challa in the first LEGO Marvel Super Heroes game, and Ossi Okerafor replaced him in the sequel. James Mathis III, who voiced T’Challa in numerous animation and game projects, also voiced the character in LEGO Marvel’s Avenger’s.